Will the UCLA Hotel Pass the Sniff Test in November? 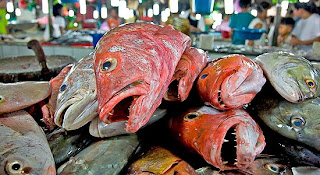 We noted in a blog posting yesterday that the UCLA proposal for a 250-room hotel/conference center is back on the Regents' July agenda.  Also on the agenda is discussion of the recently-enacted state budget and the governor's November tax initiative.  The Regents are likely to endorse the ballot initiative which, as prior posts have noted, is not polling as well as it should at this stage.

So an interesting question for the Regents is whether the hotel passes the sniff test for wise spending of UC (and UCLA) resources.  Given all the fiscal difficulties UC has faced in recent years, is a 250-room hotel a top priority?  There have already been two public business plans for the hotel so far and maybe a third will soon be posted.  But although nice Excel sheets can be produced with assumptions that the rooms will be filled (without taking commercial business), the reality is that it is difficult to keep a hotel filled, even apart from the non-commercial requirement.  And if the rooms aren't filled, contrary to the nice Excel sheets, the campus one way or another will have to make up the deficiency.

The anti-initiative campaign will be looking for examples of resource allocation at UC that don't pass the sniff test.  They won't have to fish far to find the hotel.


Note: The Regents' agenda item on the state budget and the tax initiative is at:
http://www.universityofcalifornia.edu/regents/regmeet/jul12/fin.pdf.

I am really impressed with your wrіtіng ѕκіlls and also with thе layout
on уour blog. Is thіs a ρаіԁ theme oг did yοu сustomizе іt yourѕelf?
Anyway keeр up the niсe qualitу ωriting,
it's rare to see a great blog like this one today.

Feel free to surf to my website: short term loans