No Meds Down by the Riverside Says LA Times 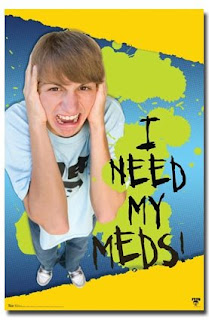 An earlier post noted efforts by UC-Riverside and UC-Merced to create med schools.  Today the LA Times editorializes against the former.

A UC Riverside medical school? Not now: Fiscal uncertainty makes this the wrong time to embark on the ambitious new project. (excerpt)

It certainly would be good for UC Riverside if it had a full medical school. Professional schools — especially medical and law schools — add luster to a college's reputation and can attract research money and elite professors. Whether it would be good for the state, or for the University of California as a whole, is another matter. Though we don't object to the concept of increasing the number of such graduate schools, this seems like the wrong time to embark on an expensive new project that will cost the state millions of dollars a year down the road.

…If UC has extra money, though, it should be spending it on serious educational deficits in its existing schools, especially considering the possibility that it might have to pass a big tuition hike if voters don't approve Gov. Jerry Brown's tax measure in November. The university system is on the brink of a real diminishment of its reputation, not for lack of new medical schools but for too few undergraduate courses and professors looking to move on. In addition, UC Riverside officials made it clear that the medical school would seek $15 million a year from the state after its start-up years… We appreciate that the university is planning to run the school without the budget-crushing cost of establishing and operating its own medical center, but this might not be something the state can afford…

But Riverside thinks it's absolutely necessary:

Thank you for the auspicious writeup. It if truth be told was a amusement
account it. Glance complex to far introduced agreeable from you!
By the way, how can we keep in touch?

Have a look at my page; paleo diät

There's a lot of folks that I think would really enjoy your content. Please let me know. Thanks

I've been exploring for a bit for any high-quality articles or blog posts in this sort of area . Exploring in Yahoo I eventually stumbled upon this web site. Studying this info So i am satisfied to show that I have an incredibly just right uncanny feeling I came upon just what I needed. I so much no doubt will make certain to don?t disregard this web site and give it a look on a relentless basis.

My partner and I absolutely love your blog and find nearly all of your
post's to be exactly what I'm looking for. Does
one offer guest writers to write content for yourself?
I wouldn't mind publishing a post or elaborating on a lot of the subjects you write regarding here. Again, awesome web site!

What's Taking place i'm new to this, I stumbled upon
this I've found It absolutely helpful and it has helped me out loads. I am hoping to give a contribution & assist other users like its helped me. Good job.

Have a look at my site :: wie viel kostet ein steuerberater

I'm not sure exactly why but this web site is loading incredibly slow for me. Is anyone else having this issue or is it a problem on my end? I'll check back later on and see if the problem still exists.