Has the Worm Turned in the UCLA Lab Fire Trial? 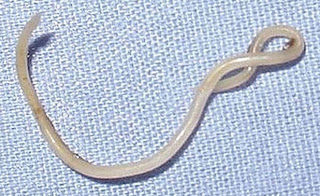 From the LA Times: (excerpt)

Criminal proceedings against UCLA chemistry professor Patrick Harran took a bizarre turn Thursday when the defense alleged in court papers that the state's chief investigator in the accidental death of a lab worker committed murder as a teenager in 1985. The investigator, Brian Baudendistel, denied it...


Baudendistel, a senior special investigator for the California Division of Occupational Safety and Health, was instrumental in building the criminal case against Harran and UCLA with a 95-page report that blamed both in the death of 23-year-old Sheharbano "Sheri" Sangji. She suffered fatal burns when a experiment burst into flames in December 2008...


In late December, however, the Los Angeles County district attorney's office charged Harran and the UC regents with three counts each of willfully violating occupational safety and health standards. After months of plea negotiations, the defendants are due back in Superior Court on Friday to be arraigned — or to announce if any deals have been struck. In his filing, which includes a motion to quash Harran's arrest warrant, his defense attorney, Thomas O'Brien, signaled that he would seek to put Baudendistel's credibility on trial...


The defense filing states that a private investigator tracked down the information on Baudendistel's past and that it was presented it to the district attorney's office on June 1. Prosecutors at first told the defense that the Cal/OSHA investigator was not the same Baudendistel, the filing states, but later determined through a fingerprint match that he was and notified the defense lawyers of that this week...

Note: Earlier posts related to this matter can be found at:

Update: It appears that the worm only partly turned.  Below is an email sent today to UCLA faculty and staff from the chancellor on this matter:


To the Campus Community:

The tragic accident in December 2008 that took research associate Sheri Sangji’s life was a terrible day for everyone at UCLA and devastating for the Sangji family. In the wake of that tragedy, I made a pledge that UCLA would do everything in its power to become a national model for lab safety. Since then, we have worked to meet this challenge and today the Los Angeles County District Attorney has accepted our ongoing commitment to lab safety and agreed to dismiss all charges against the Regents of the University of California.

Unfortunately, this does not resolve this case. A valued and respected member of our faculty, Professor Patrick Harran, continues to face unwarranted charges in connection with the tragedy, which he is determined to fight. The decision by the District Attorney’s office to move forward with its prosecution is distressing and, even though the Regents have been released from this case, our engagement is far from over. UCLA and the Regents will continue our unwavering support for Professor Harran, a talented organic chemistry professor. We will continue to fully provide for his defense.

To honor Ms. Sangji’s memory, the Regents will establish a $500,000 scholarship in her name at the UC Berkeley School of Law – which sent her an acceptance letter shortly after the accident. We will also continue our work in lab safety, which will include establishing a lab safety program and policies for all 10 University of California campuses.

Long before these charges were ever filed, UCLA began working to enhance lab safety on our own campus and established the now nationally-recognized UC Center for Laboratory Safety. We realized it was critical that we do everything possible to prevent such a tragedy from ever happening again – and that we help spread the message of lab safety throughout labs worldwide.
As I’ve said before, great institutions are measured by how they respond in difficult times. I am proud of the accomplishments of our students, faculty and staff in improving lab safety; their work will continue. UCLA’s long tradition of excellence and high standards demands it.