Listen to Audio of the Regents' Afternoon Session: July 18, 2012 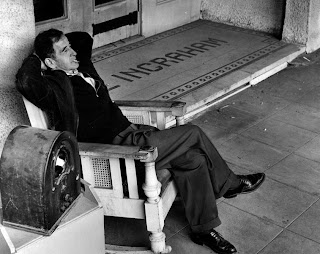 This audio is a direct recording of the Regents' afternoon session of July 28, 2012. At the end of the recording, it is announced that the governor is coming and that the Regents - who were going into closed session - would go back into open session when he arrived. However, the live-stream audio was shut off at that point.  When we get the full audio from the Regents, if there are remarks from the governor on it, the audio will be posted.  (Presumably, the governor wanted to talk about the Regents’ earlier endorsement of his tax initiative.)  Otherwise, this recording should be complete.

In the afternoon session, there were discussions of various campus efficiency and money saving activities.  Discussion of professional school fees (see an earlier post today) was intertwined with issues of diversity in business and other professional schools.  Ultimately, the Regents approved the various professional school proposals.  (Undergraduate tuition was not raised, contingent on passage of the governor’s tax initiative in November.)  There was a somewhat nasty exchange between Regents on the diversity issue.  The UC-San Francisco chancellor – who has made statements about UC-SF being different as a med school from other campuses and needing autonomy – came in with a proposal for an outside board just for her campus, a kind of mini-Regents. She has a task force working on governance issues but promised it would not get into privatization.

The UCLA hotel was approved as part of a larger package from the Committee on Grounds and Building about an hour into the afternoon session.  This was a pro forma vote after yesterday’s Committee approval.

A report on the Dept. of Energy labs was presented.  Much of the other business involved reports on prize-winning faculty and nice words for departing officials.

You can hear the audio on the link below:
Posted by California Policy Issues at 5:18 PM