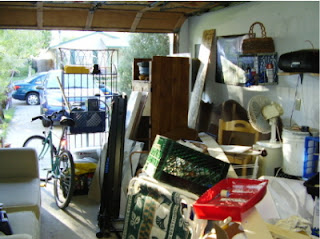 The LA Times today features a UCLA study finding that folks in LA suffer from having too much stuff.  They just can't help themselves and overdo it, adding more than they need.  Excerpt:

About 10 years ago, Rhonda Voo's house was a mess. Shelves packed with Beanie Babies, Barbies and various other toys covered the walls in her cramped three-bedroom, one bathroom house. With three children between the ages of 5 and 11, Voo discovered that even finding a pair of shoes became a daily challenge.  "It's like all the stuff you own kind of weighs you down," said Voo, who was one of 32 families participating in a UCLA study on family life in Los Angeles. Voo wasn't the only one feeling the stress. An interdisciplinary group of researchers — archaeologists, anthropologists, psychologists and other social scientists — found that mothers who described their houses as messy or cluttered experienced higher rates of a depressed mood in the evening…

Of course, our campus could never have too much stuff put on it, could it?  UCLA would never buy more/build more than it needs, would it?  (Just asking!) 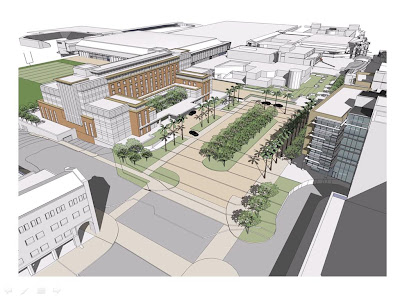 Even if, in the remote possibility, we did try to buy too much, luckily we have the Regents to stop us. If we didn't absolutely need a 250-room hotel, they wouldn't OK it. Right?

And if even the Regents were to overdo it, there is a morning-after remedy:
Posted by California Policy Issues at 8:32 AM