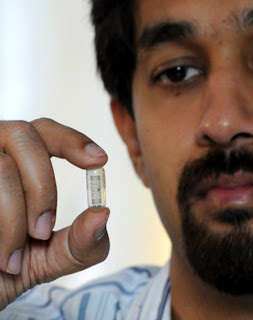 
...UC Riverside's long-held dream to have a full medical school was badly battered last year when the state refused to pay for it and then national accreditors wouldn't allow it to open. Those denials were a blow to the UC system's proud tradition of adding campuses and programs to serve a growing state. Now, UC Riverside is making what national experts say is a rare second attempt to gain approval for a medical school. Campus officials say they have obtained alternative financial backing, worth about $10 million a year for a decade, from private donors, local government and the UC system in hopes that the medical school can enroll its first 50 students in fall 2013.
…The medical school would be UC's sixth and its first to open since the late 1960s. The school would be the only one in UC without its own hospital, vastly cutting down on costs. UC's medical centers and its health education programs constitute about half of the system's $22-billion annual budget.
…For three decades, UC Riverside has operated a joint medical school program with UCLA. Its entering classes of about 25 students spend their first two years in Riverside and finish in Westwood.
…Last year, the UC system unsuccessfully sought $10 million in startup costs from the state but instead had to use other funds. Since then, Olds and UC Riverside Chancellor Timothy P. White began knocking on doors for support. As a result, the UC president's office and the UC Riverside campus will provide $4 million a year from its own nonstate funds and about $6 million a year has been pledged by Riverside County, the quasi-governmental Desert Healthcare District, affiliated hospitals and other donors. In addition, the UC system has authorized a $30-million line of credit, a backup officials say they don't expect to tap.
…In previous decades, Californians celebrated UC's new campuses and programs. But more recently, the new UC Merced campus and UC Irvine law school faced skepticism and allegations that local boosterism trumped educational needs. In 2009, a state legislative analyst's report suggested that UC expand enrollments at its existing medical schools before opening a new one. "The idea that the state is going to find money for a new program isn't realistic at the moment," said Paul Golaszewski, the legislative analyst's UC expert.
…If Riverside's latest application is denied, officials pledged to try again in two years, the soonest rules allow. Meanwhile, UC Merced, the system's newest campus, also wants to add a medical school, but (John Stobo, the UC system's senior vice president for health sciences and services) said that is unlikely to happen for 15 years or so.

Inside Higher Ed pointed me to this story.  Its summary is at
http://www.insidehighered.com/quicktakes/2012/07/16/uc-riverside-trying-again-open-medical-school


The governor and legislature seem reluctant to take more meds than they already have got: