Camera Shy But Responsible and Effective 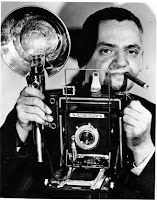 The University of California has settled a lawsuit filed by a photojournalist who was arrested as he covered a 2009 UC Berkeley protest. UC paid independent journalist David Morse and his attorneys $162,500 last week, Morse's lawyers said Monday, and agreed to train police its officers better on how to deal with journalists.

Morse was arrested and his camera was confiscated as he covered a Dec. 11, 2009, march to the campus home of UC Berkeley Chancellor Robert Birgeneau. Police detained Morse after some demonstrators vandalized the house...  Although UC agreed to train its officers, the university admitted no wrongdoing, UC Berkeley spokeswoman Janet Gilmore said Monday. Police acted "responsibly and effectively" during the 2009 protest, she said.
Full story at: http://www.mercurynews.com/education/ci_20993145/uc-settles-suit-by-arrested-photographer