UC Again in Danger of Being Swept into Statewide Pension Changes 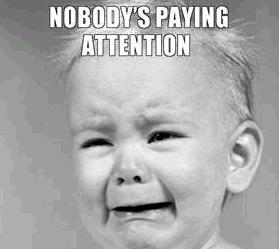 There are various indications that now that the legislature is done (for a time) in dealing with the state budget, its attention is turning toward public pensions.

Under the governor's plan, UC would be swept into a statewide program that would override the changes adopted by the Regents in December 2010.  Among the changes in the governor's plan would be that the new lower tier would not be exclusively defined benefit but would have to be a hybrid mix of defined benefit and defined contribution.  There would also be a cap of some type on total benefits. (Unclear exactly how it would work.)

UC administrators testified against being swept in as an earlier post on this blog noted. But it's not clear that such protestations have had any effect on Sacramento.  CUCFA passed along one indication that this issue is moving along in the legislature:
http://www.pars.org/2012/06/legislative-alert-june-2012/

There have also been statements by legislative leaders to that effect.

UPDATE: The LA Times today carries a story in which legislators say they aren't sure when they will finish with pensions this month.  But they seem fixed on wanting a cap:
http://latimesblogs.latimes.com/california-politics/2012/07/pension-reform-deal-elusive-as-lawmakers-near-recess.html

UPDATE: There is now news report that talks between the legislative Dems and the governor on pensions have broken down and little is expected to happen on pensions this summer.
See http://blogs.sacbee.com/capitolalertlatest/2012/07/pension-talks-between-jerry-brown-california-legislature-fall-apart.html

UPDATE: Finger pointing as to who is to blame for the break down in talks on pensions but Dems indicate that their version of the plan has a $110,000 cap:
http://blogs.sacbee.com/capitolalertlatest/2012/07/darrell-steinberg-jerry-brown-has-california-pension-concept-but-no-proposal.html
Posted by California Policy Issues at 7:53 PM