One Suspects We Will Be Hearing More About This Issue 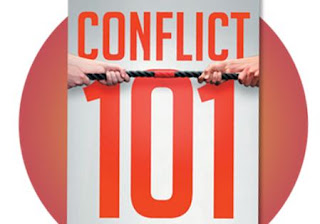 A faculty panel at the University of California at Los Angeles has admonished the chairman of the university's Academic Senate for violating the rights of an associate professor who had been accused by an outside advocacy group of misusing his position to call for a boycott of Israel.  In a letter issued this month, the UCLA Academic Senate's Committee on Academic Freedom held that the Senate's chairman, Andrew F. Leuchter, was wrong to have told the advocacy group and the news media that David Delgado Shorter, an associate professor of world arts and cultures, should not have posted a link to a boycott-Israel campaign on a course Web site and regretted doing so.

Mr. Shorter, who had stood by his decision to post the link and had denied ever apologizing for it, on Wednesday filed a formal grievance with the Senate's Committee on Privilege and Tenure urging it to formally censure Dr. Leuchter, a professor of psychiatry and biobehavioral sciences. The grievance accuses Dr. Leuchter of showing disregard for academic freedom and of violating the university's ethics code himself by using his position for political purposes.  In an e-mail sent to The Chronicle on Friday, Dr. Leuchter thanked the Committee on Academic Freedom for its perspective but said, "I strongly support academic freedom." In an e-mail sent in May, Dr. Leuchter said Mr. Shorter had never been censured and the complaint against Mr. Shorter "was resolved informally, but effectively and appropriately, with Professor Shorter's department chair simply speaking to him about it."

The controversy over Mr. Shorter stemmed from his posting of a link to the boycott-Israel campaign on the Web site for course titled "Tribal Worldviews," which he taught last winter. In a letter sent to University of California officials in March, the Amcha Initiative, an advocacy group that regards some criticism of Israel on college campuses as crossing the line into anti-Semitism, asked if Mr. Shorter's promotion of the academic and cultural boycott of Israel was protected by the university's rules of academic freedom. Mr. Shorter had defended the link to the boycott campaign as one of many links he posted to direct students to resources for class discussions on cultural boycotts and related matters…

Tammi Rossman-Benjamin, a lecturer in Hebrew and Jewish studies at the University of California at Santa Cruz who is a co-founder of the Amcha Initiative, on Friday expressed frustration that the debate had become focused on the university's treatment of Mr. Shorter rather than the bigger question of whether the university's ethics code should allow professors to advocate on behalf of a boycott of Israel. She said her group had never asked for Mr. Shorter to be investigated or disciplined. "There are many Shorters," she said. "This particular incident was just an example we have brought. It is a huge issue. It is not just about a Web site. It is about what is happening in the classroom."

Update: LA Times story at
http://latimesblogs.latimes.com/lanow/2012/07/ucla-prof-wins-in-fight-over-academic-freedom.html
Posted by California Policy Issues at 9:09 AM