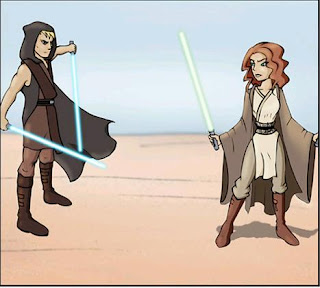 The tax initiative battle seems to be beginning. A couple of weeks ago, we posted a YouTube ad favoring the governor’s tax initiative.* It was longer than a typical 30-60 second TV ad, but probably provided a clue to what the TV pro-initiative ads would emphasize. We now have a radio ad from the Howard Jarvis Taxpayers Assn. which suggests that the anti side will emphasize public pensions, public-sector unions, and the cost of the governor’s high-speed rail plan. The radio ad doesn’t specifically name the governor’s tax plan and could just as easily be seen as opposition to any of the three tax initiatives on the November ballot.

The ad is also somewhat reminiscent of ads run for Gov. Schwarzenegger’s “Year-of-Reform” initiatives in 2005, all of which failed at the ballot. It seems more focused on issues that appeal to already-anti-tax voters than to middle-of-the-road types which is a bit odd since polls indicate that passage of the governor’s tax plan is a toss-up at this point and it’s the middle that will decide things.  Still, as noted, it is a toss-up.
===
*Go to http://uclafacultyassociation.blogspot.com/2012/07/preview-of-coming-campaign-for-prop-30.html for the earlier post.
===
The new radio ad can be heard at the link below: