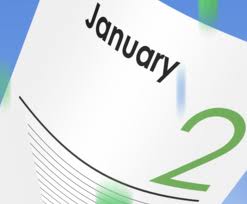 California has its budget trigger cuts about which we have written on this blog.  At the federal level, you will be hearing more as time goes by about "sequestration," a kind of trigger cut mechanism Congress created to give it an incentive to enact a "grand bargain" on federal spending and the federal deficit.  Basically, if no such bargain is reached, massive defense and non-defense cuts go into effect on January 2.  The idea was that the thought of such cuts would be so frightful that Congress would concoct a grand bargain instead.  It hasn't worked so far.  (But these sorts of things tend to work - if they work - close to the deadline.)

In any event, UCLA Chancellor Block is among various higher ed leaders who have sent a letter to the President and Congress warning of the impact on universities, should sequestration occur.  You can find the letter at http://www.aplu.org/document.doc?id=3970  (His name is on page 2.)

A story on the letter's background is at
http://www.insidehighered.com/quicktakes/2012/07/12/college-presidents-warn-sequestration

Undoubtedly, there will be more and more attention to this matter as we get closer to January 2.
Posted by California Policy Issues at 9:25 AM