UCLA Drops Opposition to Athletes' Bill of Rights After Amendments 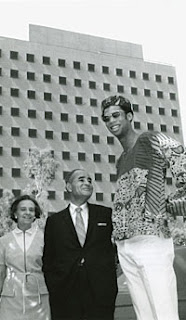 After amendment, UCLA has dropped its opposition to a bill pending in the legislature containing a "bill of rights" for student athletes.  UC-Berkeley and USC have also dropped opposition.  Stanford is still opposed.

...Sen. Alex Padilla, of Los Angeles, agreed to amend Senate Bill 1525 amid opposition from Stanford, UC-Berkeley, UCLA and the University of Southern California.  This bill now requires the four schools to continue scholarships for injured athletes and athletes who have exhausted their athletic eligibility, but have not finished their degree. The schools would also have to pay for health insurance for low-income individuals and tell a student athlete within seven days whether it will grant the athlete's request to speak to another school about transferring.

Previous versions of the measure required the four schools to give equivalent scholarships to all athletes whose scholarships weren't renewed for non-disciplinary reasons, including those dropped for athletic performance reasons. The earlier version of Padilla's bill also required the schools to allow athletes to transfer to other schools without restrictions, including the rule that they sit out a year before competing...