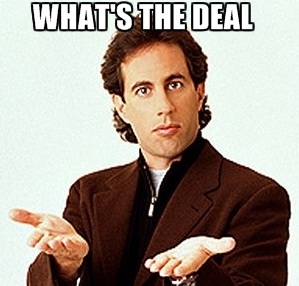 At their July meeting, the Regents are likely to endorse the governor's tax initiative in exchange for certain promises from "senior" people in the governor's office.  Specifically, a four-year compact with UC is on offer assuming that the initiative passes in November.


Below the relevant parts of the deal are described, taken from a document on the Regents' agenda.  Note that a) the compact is unenforceable and we had a bad experience with a supposed compact with the previous governor and b) the legislature is seemingly not involved even though the legislature is where budgets are enacted.


Although the deal encompasses a tuition freeze for the current year (unless the initiative fails), it does not involve a tuition buyout thereafter.  Under the terms of the compact, there would be annual 6% state budget increases for UC and possible tuition increases up to 6% per year as well.


It may well be good politics to go along with the governor at this point.  But without the legislature on board, it is unclear what meaning a multi-year deal with the governor would have. At this point, UC is offering political support and a tuition freeze in exchange for something that might not be delivered even if the tax initiative passes.


Below is the text (italics added):

...Senior representatives of the Governor’s administration have stated their intention to conclude a multi-year funding agreement with UC and the California State University which would provide steady increases of six percent per year to the University’s base budget for four years, beginning in 2013-14 through 2016-17. This, along with tuition and fee increases of no more than six percent per year, will provide UC with a solid foundation to help meet its minimum obligations with respect to UC Retirement Plan employer contributions, compensation agreements, health benefit costs, non-salary price increases, and other heretofore unfunded cost increases.

This framework, if supported by the Legislature, holds the promise of financial stability and secures the University’s ability to plan for the future as opposed to reacting to continuous cuts of State support. It continues the tradition of specifying minimum funding levels critical to ensuring the continuation of programs that are fundamental to the character of this great public research university. More importantly, it is an acknowledgement by the State of California that it will again become a reliable partner with the University of California.

However, stable and consistent State funding for UC cannot be achieved without a stable fiscal situation for the State. The Governor has indicated that a multi-year funding framework is contingent on the passage of his November ballot initiative. Should the Board of Regents act in July to endorse the Governor and Legislature’s proposal that there be no tuition increase in 2012-13 on condition that the Governor’s initiative is successful, and the Governor’s initiative fails to be enacted, then the Board of Regents will revisit this decision. If the initiative fails in November, UC will receive another $250 million budget cut and the funding for the 2012-13 tuition increase buyout would no longer be available, creating another $125.4 million gap, for a total shortfall of $375.4 million. This would bring the total funding cut by the State in a two-year period to $1 billion, an overwhelming amount in a very short time period. Therefore, it may be necessary to consider a mid-year tuition increase of 20.3 percent effective January 1, 2013, as described in item F1. If that were to occur, mandatory systemwide tuition and fees would rise from $12,192 in 2011-12 to $14,670 in 2012-13.

The importance of regaining stability and providing campuses with an ability to plan cannot be overstated. After years of extreme volatility, with proposals to cut UC’s budget changing two and three times during a budget year, campuses and UC’s students are desperate for predictability and reasonable budget outcomes. Endorsement of the budget package for 2012-13, no tuition and fee increase for 2012-13, and the Governor’s revenue initiative hold the highest promise in four years for achieving this goal...

The full document is at http://www.universityofcalifornia.edu/regents/regmeet/jul12/f2.pdf

Maybe the Regents should be cautious about hearting the governor: