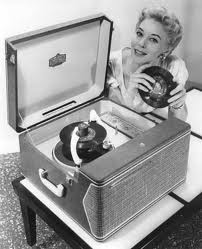 The UCLA hotel/conference center was approved by the Regents Committee on Grounds and Buildings.  That outcome was not unexpected, despite the many concerns that have been raised in the past.  Among other items, and probably most important, was a letter UCLA solicited from the Luskins saying essentially that the proposal was what they wanted and anything else would be a breach.  President Yudof was careful not to say that their original intent was so specific.  He said it is now specific.  It would be unusual, to say the least, for the Regents to walk away from $50 million.

What went on in the legal review/closed door session is not known.  During the public comments, a lawyer representing a neighbor/business group raised the tax issues with which readers of this blog will be familiar.  That issue was not really addressed in the subsequent discussion although some of the uses of the hotel rooms seem to fall into a range that would raise cautions.  Presentations were made by Chancellor Block, Vice Chancellors Olsen and Powazek, and Academic Senate Chair Leuchter.  University administrators were obviously supportive.  Senate Chair Leuchter said the Senate endorsed the project and did not refer to concerns still outstanding on parking rates by the Faculty Welfare Committee.  There were repeated references to contacts with the Committee and individual Regents during the March-July interval.

Assurances were given by UCLA that the hotel would cover costs, that it would have no effect on parking rates, that it wouldn’t adversely affect local hotels adversely, that the planned occupancy would be reached, etc.  One Regent raised the question of why alternatives were considered at all if the Luskins would consider only the current location. The Committee chair thought that maybe there were more rooms than needed and not enough conference space – but he supported the project. The approval is technically just for financing with approval for design details to be approved at the September Regents meeting. Keep in mind that with Chancellor Block staking his reputation on this project after the March debacle at the Regents, for the Committee to reject the project would have been a vote of no confidence - something the Regents were not prepared to to, particularly with the chancellor up for a 5-year review.
=====
Other items considered were an expansion of a medical facility at UC-Irvine and the general state budget outlook for capital projects.  Some skepticism about the costs at Irvine were expressed but the project was approved by the Committee.  Concerns were expressed about the state’s future role in financing UC capital projects.  (Some interruptions in the audio occurred.)
=====
The session of the Committee on Compliance and Audit followed.  References were made to the Penn State sports/child molestation scandal as a compliance matter.  Audio was cut off during this session before it was completed.
=====
The lawyer’s statement on the hotel is in the 4-7 minute range.  The full hearing on the hotel runs from roughly minute 22 to one hour and 24 minutes into the recording.  The full recording is about 1 hour and 52 minutes.

Update: The Daily Bruin story on the hotel approval is at
http://www.dailybruin.com/article/2012/07/uc-board-of-regents-approve-funding-for-proposed-luskin-conference-and-guest-center

Update: Although it was pro forma, the full Board of Regents approved the package of Grounds and Business recommendations, including the hotel, around 3 pm on July 18.

fantastic post and Thanks for sharing this info. It's very helpful.
B&B in Jaipur

The part of the discussion dealing with donor intent was particularly interesting, IMHO.

Travel with Fashion in Australia. Cindy is a highly experienced Personal Stylist carrying out over 6,000 consults, together with a team of personal fashion stylists in Melbourne, Sydney, Brisbane and Gold coast, will help with creating a wardrobe that suits your body shape and personality.