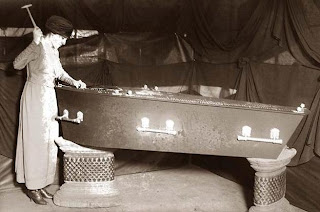 At one time, Gov. Brown was insisting that there should be ballot proposition in November limiting public pensions.  As readers of this blog will know, the governor has a plan for public pensions that would override the changes the Regents enacted for the UC pension system in 2010.

The time has long passed for an initiative on pensions to make it to the November ballot.  In theory, the legislature could put something on pensions on the ballot despite any time limits.  But in fact legislative Dems don't like the governor's plan and would be unlikely to go along with the governor in such a venture at this time.  Further, Brown needs union support to campaign for his tax initiative.  Unions don't like the governor's pension plan.  And their dollars for campaigning will be stretched thin by the "paycheck protection" initiative on the November ballot which they oppose.

An article in today's Sacramento Bee reports on the governor's acknowledgment that there will be no November pension ballot proposition.  He promises there will be one at some later date.  But when that might be is unclear.  The next general election is in 2014.  In principle, a special election could be called before 2014.  You can read the story at:
http://www.sacbee.com/2012/07/11/4622632/jerry-brown-wont-push-pension.html

In any event, the governor's pension date seems never to come: