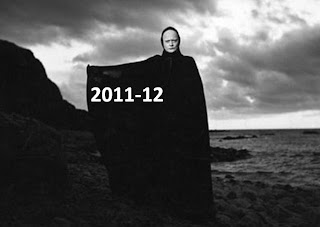 Readers of this blog and state budget aficionados will recall that in June 2011, the legislature assumed $4 billion in a kind of extra phantom revenue that was unallocated among the various taxes the state was projected to collect.  Essentially, the legislature and governor assumed that a windfall would arise somewhere, but no one could say precisely where.  Nonetheless, that assumption allowed passage of a budget by a simple majority vote that was ostensibly “balanced” by some definition.

Not surprisingly, now that the state controller has released the cash flows for full fiscal year 2011-12 (which ended June 30, 2012), “receipts” came up short by about $4.5 billion for that year relative to budget assumptions.

In the previous fiscal year 2010-11 (when there was still some temporary tax money flowing in), receipts were greater than disbursements (a surplus in ordinary parlance).  But because of past accumulated debt in the general fund (which is not supposed to end the year in debt), the reserve on June 30, 2011 was a negative $8.2 billion.  Without the phantom revenue, the general fund in 2011-12 experienced receipts below disbursements of $1.4 billion (a deficit in ordinary parlance), increasing the negativity in the general fund to -$9.6 billion.

You can find these figures on page B1 of http://www.sco.ca.gov/Files-ARD/CASH/fy1112_june.pdf
Posted by California Policy Issues at 12:53 PM