How High Can the Employee Contribution Climb in UCRP? A Message from Dwight Read 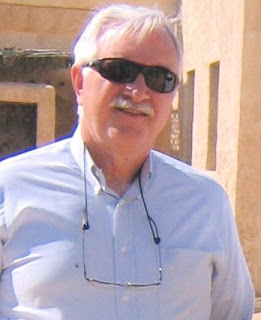 How High Can the Employee Contribution Climb in UCRP?

In a special meeting scheduled for Dec. 13, the Regents will decide whether to introduce a New Pension Tier at UC for all new hires as of July 1, 2013. At the November Regents’ meetings, President Yudof presented a proposal for the New Tier that set the annual cost of the plan at 15.1% of retirement covered compensation with contribution rates at 8.1% for employers and 7% for employees. The earliest age of retirement will be increased to 55, and there will be no lumpsum cashout option. Yudof also offered a proposal for amortizing the unfunded liability of UCRP.

Since the three November meetings, the Academic Council has endorsed Yudof’s choice for the New Tier and the proposal for fully funding UCRP as soon as possible by borrowing from internal UC sources. (See the UCLA Faculty Association Blog, Nov. 29, http://uclafacultyassociation.blogspot.com, click on November, and then click on “Academic Council Endorses Yudof Plan on Retirement.” See also the UC Post Employment Benefits PEB Taskforce Report at http://universityofcalifornia.edu/sites/ucrpfuture/ and click on “Task Force Report.”)

It is yet to be decided whether employees will have a choice among retirement tiers in 2013. The IRS is evaluating the tax status of the employee contribution if current UCRP members have the choice to opt out. The issue of choice in 2013 was not discussed in the November meetings, nor is it on the agenda for December. If employees are offered a choice between staying in the Old Tier UCRP or opting out, it may not be as easy a decision for younger employees as the University anticipates: opt into the New Tier with slightly lower benefits, but fewer liabilities, and a starting employee contribution of 7%; or remain in Old Tier UCRP with its somewhat more generous benefit structure, but growing unfunded liability, and an employee contribution that could increase to 50% of the total cost.

President Yudof’s proposal to amortize the UCRP unfunded liability calls for the employer contribution to ramp up to 20% by 2017. Assuming an employee contribution of 7%, a total contribution of 27% by 2017 will still not be enough to cover the ARC or modified ARC (the Normal Cost plus the interest on the unfunded liability). According to FA Executive Board member Steven Lippman, AGSM, “On July 1, 2017, the day when the 27% contribution level is attained, the shortfall will exceed $22.8 billion so that a total contribution from employees and employers of more than 48% of CC will be needed to prevent the shortfall from growing even further. . . . amortization of the shortfall over the next 40 years is exceedingly unlikely if not impossible.” (See the Nov. 22 Faculty Association Blog “The UCRP Train Wreck,” at http://uclafacultyassociation.blogspot.com/2010/11/guest-op-ed-ucrp-train-wreck.html)

The question is: how much of that 48% must the employee contribute?

5% The Regents approved an employee contribution to UCRP in 2012-13 of 5%. Currently, participants in CalPERS pay 5% of their salary for retirement benefits, but this will likely go up to 10% in the near future.

7%? The PEB Taskforce members have assumed that by July 1, 2013, the employee contribution to Old Tier UCRP will be 7%, but some members think it might be higher.

http://www.universityofcalifornia.edu/news/compensation/total_rem_report_nov2009.pdf for the PEB Final Report.)

If a 5% employee contribution to retirement drops total compensation for UC Ladder Rank Faculty down 6% with respect to their competitors, the comparison-8 (4 private institutions - Harvard, MIT, Stanford, and Yale - and 4 publics - U of Michigan (Ann Arbor), U of Illinois (Urbana), SUNY-Buffalo, U of Virginia - then an even higher employee contribution will have a much greater negative impact on total compensation.

As the Regents prepare to make decisions on retirement plans at UC, they should also consider the effect of increased employee contributions on total compensation for Ladder Rank faculty if they expect UC to hold its competitive level in recruiting and retaining faculty. UC staff employees covered by collective bargaining agreements have contractually outlined future salary increases, which include 10% for Medical Auxiliary Services, 4.5% for some maintenance sectors, 5% for technologists, and 5.1% for nurses. In the same way, faculty should have a plan of scheduled salary increases, independent of promotional increases, to help them achieve and maintain competitive total remuneration.