What Happens If the New "Residential Conference Center" (aka "hotel") turns out to be a white elephant? 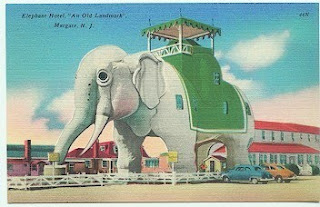 There have been a couple of earlier posts on this blog about the fate of the UCLA Faculty Center. The most recent is at http://uclafacultyassociation.blogspot.com/2010/11/presentation-available-on-replacement.html In the background is the fact that the Faculty Club has been losing money and requires costly capital maintenance.

At this point, it appears that the decision to demolish the existing building and replace it with what is called a "residential conference center" seems to be a fait accompli. Those who have been briefed on the new structure describe it as a luxury hotel with 270 rooms (the number changes) renting at luxury rates. At a recent meeting of the Emeriti Committee, rates as high as $350/night were mentioned. An upscale restaurant is apparently in the mix.

However, the word "hotel" is apparently not to be used, although that is what the project seems to be. No business plan has been made public regarding financing of the project or its subsequent operation. (The only statement on that score is that in the current economic slump, you can get good deals on construction costs.) There is no information about the relation to a commercial operator. There is no information about the financial risk to the campus if the facility turns out to be a white elephant and does not make money. An "advisory group" consisting of administrators, faculty, and deans of various schools is being created, to be chaired by Norm Abrams.

"Information" about the project is tentatively slated to go to the Regents in January. It is unclear whether the "information" involves making a decision at the Regental level or just a description. Construction starts in fall 2012 with completion slated for fall 2014.

In the interim, what happens to the Faculty Club? The initial discussion involved vague references to food trucks and an inflatable tent. The idea apparently has been abandoned and, instead, the idea now is a location in Ackerman. How viable the Faculty Club would be in such a temporary location is unclear. After the facility is constructed, the Faculty Club would apparently get "free" space in it, although it would reportedly share a kitchen with the restaurant. What kinds of costs that would entail are unknown.

Finally, there is a rumor that the construction project would be overseen by a high administrative official who would retire and then be recalled. Such arrangements - which news media tend to view as "double dipping" on the (underfunded) pension plan - have proved controversial in the past. For those that don't recall the brouhaha over the recall of the UC-Berkeley police chief, you can start with:

and then Google your way to other references. What arrangements would be made in this case, if the rumor is true, are also unknown.

A recent meeting was held, with representatives of the neighboring Westwood Property Owners (HWPOA). The neighborhood will suffer tremendous impact when this white elephant, overlooking their homes, will start stumping its feet directly above them.
HWPOA is interested in liaising with Fac. Center and Fac. Association in trying to resist/contain/restrain this pachydermic threat.

As a close by homeowner and volunteer clinical faculty member, I also am fearful as to what this monster will do to the neighborhood and what it will cost the faculty in dollars and availability of space/services. The homeowners and faculty should work together.