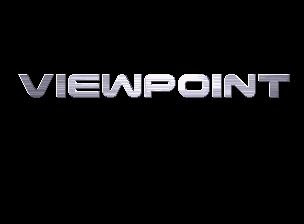 "One thing we can agree on, said Robert Meister, President of the Council of UC Faculty Associations "is the first sentence of the UCOF Report: 'UC is at a crossroads.'" Meister continued, "Unfortunately the University leadership has ignored the outcome of this year's election and is about to enshrine outgoing Governor Arnold Schwarzenegger's vision of a privatized higher education system. The result will be a lower quality more expensive institution financed by ever increasing student debt."

While faculty now use online tools to enhance their classroom teaching, CUCFA is concerned that the move toward fully online courses "taught" by non-research faculty and grad students, coupled with a push toward three-year degrees, means that future UC undergraduates will be trained in job skills rather than educated as citizens, leaders or thinkers. "On-line ed, apart from its notorious drop-out and failure rates, is designed to impart information, not create reflective, creative and articulate citizens," argued Wendy Brown, co-chair of the Berkeley Faculty Association. She added, "the three year degree path will inevitably compress breadth and major requirements, discourage double majors and further attenuate aspects of an undergraduate education that broaden the individual and shape a thoughtful citizenry to engage an increasingly complex world."

The UCOF also envisions increasing out-of-state undergraduate enrollment to raise more money. "Increasing out-of-state enrollment would raise revenues for only a few campuses -- not the system as a whole -- while decreasing the opportunity for Californians wishing to attend UC," according to Meister. "The result," he said, "will be increasing enrollment pressure on CSU and the Community Colleges." To raise revenue, he argued "UC should make private businesses pay the full cost of the research they hire it to do, rather than losing money on such contracts as it presently does."

CUCFA continued to express concern about proposals to reform the University of California Retirement Plan. Christine Rosen, Berkeley Faculty Association co-Chair and CUCFA Secretary, said, "I am still concerned about the inequitable two-tiered nature of the new proposal. Employees hired on or after July 1, 2013 will only have access to a pension plan with lower benefits."

Rosen continued, "despite large increases in the UC and employer contributions, the new plan still does not adequately address the unfunded liability created by the 20-year suspension of contributions by the UC, the State of California, and UC's employees." It is not likely, she argued, that the still very vague proposal to borrow from the University's Short-Term Investment Pool (STIP) and/or restructure University debt using STIP interest to fund the UCRP Annual Required Contribution (ARC) will be enough to raise the $4.5 billion needed to bridge the gap identified by the PEB Task Force between the funds raised by the contribution increase and the sum needed to fully fund the ARC prior to 2018, when contributions are supposed to reach a level where they can satisfy the ARC. Rosen also expressed concern that the plan seems to put UC on track to funding UC pension liabilities in part by charging employees more for health care. "The proposal to increase employee contributions to their healthcare premium, coupled with a big increase in employee contributions to their retirement
plan, represents a cut in take home pay that will make it increasingly difficult for UC to recruit and retain outstanding faculty and staff."

Because this is happening without a plan to fully fund the ARC, she argues, the pension plan's unfunded liability will continue to grow, putting its future increasingly at risk, despite the sacrifices UC and its employees are making to increase their contributions.

In his October 14 letter to President Yudof, CUCFA President Meister warned that, "a never-ending cycle of ... more contribution increases, and more benefit cuts [would make] anticipated benefits ... less cost effective, less calculable and less secure, [and lead] many lower and middle income employees [to] demand a defined contribution opt-out. Our defined benefits system would then collapse due to adverse selection."

Note: The UCLA Faculty Assn. is not a member of CUCFA. This blog entry is for your information. It should be noted, as readers of this blog will know, that the STIP borrowing proposal arose originally out of discussions about pension bonds and other forms of IOUs meant to speed the employer contribution on behalf of state-funded employees. Outside non-state sources account for roughly $2 out of $3 of contributions that go into the pension fund. However, outside funders will not pay more than is charged for state-funded employees. The idea behind borrowing is thus to collect $2 for every $1 that is transferred into the pension fund on behalf of state-funded employees, the sooner the better. Borrowing from STIP is not a vague idea, which the statement above seems to imply. What is unclear (vague) is whether more could be borrowed from STIP than is currently planned, thus putting $2 into the pension fund for every extra $1 that is borrowed.