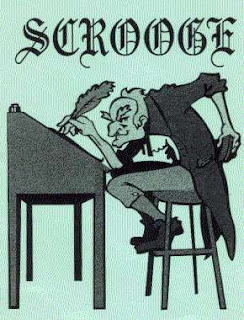 A Christmas present from the UCLA Faculty Association blog. Scroll down to the large print.

Gov. Arnold Schwarzenegger issued grim budgets the last two years, but in many ways he had it easier than the challenge facing Gov.-elect Jerry Brown in 2011. In proposing ways to close the budget gap, Schwarzenegger relied on ideas few expected to come to pass, like eliminating CalWORKs and getting $7 billion from the federal government.

But Brown has already assailed budget gimmicks, such as counting on billions in federal aid that will never arrive. Proposing wholesale elimination of safety-net programs might be even harder for a Democratic governor. Given the constraints, here's a look at what Brown might consider in the realm of cuts, taxes and gimmicks in the budget he proposes on Jan. 10:

Schwarzenegger sought to eliminate welfare-to-work and child care. Brown probably won't do the same, but he will have to find other ways to cut...

It is unlikely that any area will go unscathed. Schwarzenegger last year protected the UC and CSU systems. But don't expect them to get special budget treatment for a second year in a row.

Finally, Brown could always propose cuts that get the attention of middle-class voters, such as allowing districts to shorten the school year even further or releasing thousands of prisoners early. Doing so would help lay the groundwork for talking to voters about taxes.

The cleanest approach for Brown would be an extension of 2010 rates on income, sales and vehicles. He could make the argument that this would be an extension rather than an increase, though it would lead to higher taxes than Californians would have to pay absent any changes. That would raise more than $8 billion for the state general fund...

Brown handcuffed himself during the 2010 gubernatorial campaign by committing to a public vote on any additional taxes. Even if Brown could find support from legislative Republicans, he must get the blessing of the people.

...(T)here will likely be some budget solutions that can be considered gimmickry – if not in January, then certainly by the time Brown signs his budget...

Hi Everybody! I'm from London but am living in Berlin at the moment.
Gotta love this place!