December Brings a Special Legislative Session on the State Budget 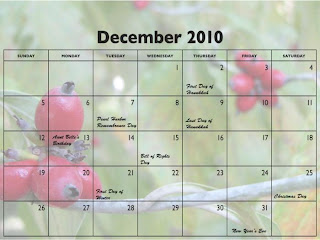 One of Governor Schwarzenegger's last major actions was to call an emergency session on the state budget. Although he is a lame duck at this point and will be out of office in early January, the legislature begins anew in December.

The state is carrying a legacy debt of about $6 billion in the general fund (i.e., the fund is projected to close on June 30, 2011 with a negative balance of -$6 billion). A projected operating deficit on a workload basis for next year - the year beginning July 1, 2011 - is about $19 billion. Of course, we won't ultimately just have a workload budget - something will be done to modify the budget.

However, it would be surprising if much were done in the emergency session called by the outgoing governor. The legislature is more likely to await Jerry Brown. However, Governor Schwarzenegger will surely make a budget proposal of some type and Brown might at least comment on it.

Note that although voters made it technically easier to pass a budget last month - a simple majority of the legislature can now do it. But the 2/3 requirement on taxes remains in effect. And a tightened 2/3 rule was imposed by the voters on fees. In addition, tighter limits were placed on local fund raids by the state. So the legislature has less room to maneuver towards a budget that a majority will want to pass. UC is unlikely to escape the fiscal turmoil and could even experience some kind of mid-year cut.

Of course, December will also bring the special session of the Regents on Dec. 13th to deal with the Yudof proposals on post-employment benefits (pension, retiree health).

Some music for Dec. 1 while you contemplate what awaits:

Wow, rather great info. How can I find your subscription?