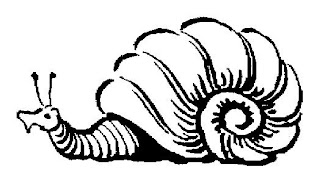 From the press release for yesterday's UCLA Anderson Forecast:

California's forecast, authored by Senior Economist Jerry Nickelsburg and titled "Laying the Groundwork for California's Economic Recovery," continues themes that began in September - almost imperceptibly slow growth until the end of next year. "with only the first indication of changes in consumer and business expectations revealing themselves in the contemporaneous data, and in the absence of an external driver to induce faster growth, this is the most likely scenario for this phase of the recovery," Nickelsburg writes. Stated bluntly, California must re-employ 1.3 million workers just to get back to pre-recession levels and must also find jobs for all the new entrants to the work force in the past two and a half years.

Yours truly attended the December 7th Forecast conference which - unlike the other 3 quarterly forecast conferences - is not a public event. The projection for unemployment in California goes from over 12% today to just under 10% by the end of 2012. Not a rosy picture.

As a previous post noted, outgoing Gov. Schwarzenegger has called a special session of the legislature - which most observers feel will not produce anything since it appears the legislators are awaiting the incoming governor. As an alternative, Governor-elect Jerry Brown is holding his own session. From the Sacramento Bee:

Gov.-elect Jerry Brown hosts a gathering of state lawmakers today to jump-start the discussion on the bad budget situation they will inherit when he takes office early next month.

All 120 state legislators and 1,200 local officials were invited to the 10.m. forum. It is unclear how many have RSVPed, though all four legislative leaders -- Senate President Pro Tem Darrell Steinberg, Senate GOP leader Bob Dutton, Assembly Speaker John A. Pérez and Assembly GOP leader Connie Conway -- will be at the 10 a.m. event at Memorial Hall.

Also sharing the stage will be Ana Matosantos, the now-former Schwarzenegger finance director Brown announced yesterday would stay on board as his top budget adviser, as well as Legislative Analyst Mac Taylor, Treasurer Bill Lockyer and Controller John Chiang.

The meeting is closed to the public...

The article does not make it clear whether any UC folks were invited. Like the Forecast, the Brown conference was arranged as a non-public event. Nonetheless, a leaked soundtrack makes it sound like a pleasant enough get-together, despite the hard facts:


UPDATE: Here is a write-up on what went on at Brown's conference http://blogs.kqed.org/capitalnotes/2010/12/08/jerry-meet-gridlock-gridlock-jerry/#more-7776

FURTHER UPDATE: In principle, you should be able to view a video of the (actual) meeting at https://www.calchannel.com/channel/viewVideo/1914 Be very patient. The actual session begins after about ten minutes into the video. Sound volume is low for quite awhile and then picks up somewhat.

AND MORE: Charts from the governor-elect, state treasurer, and state controller are at: