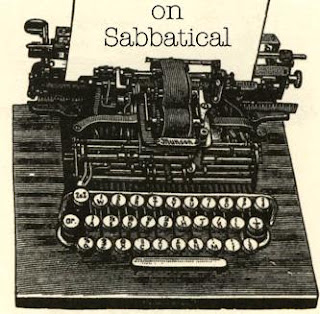 Inside Higher Ed spotlights the article below today:

IOWA CITY, Iowa. Newly empowered Republican lawmakers in Iowa want to cancel paid research leaves for university professors in a budget-cutting move, even as the Board of Regents considers approving them for dozens of employees for next year.

Several schools across the country have already reduced or canceled sabbaticals, according to the American Association of University Professors. The University of Iowa has cut its sabbaticals in half over two years…

A potential fight is already brewing in Iowa, where its three public universities have asked the Board of Regents to approve sabbaticals for professors in the budget year that begins July 1. Details are expected to be made public Thursday. …The University of Iowa has asked the regents to approve 58 sabbaticals for next year, a slight increase after two years of sharp cuts, said Faculty Senate President Edwin Dove, who defended the practice. UI professors wrote 26 books in 2009 while on sabbatical, published 147 research articles, created and updated nearly 100 classes, and submitted 50 grant applications, Dove said.

…House Republicans have said their plan would save $6 million and be part of a budget-cutting package introduced next year. But their projected savings apparently includes salaries that professors will earn whether they are on sabbatical or not. The actual savings would be the roughly $250,000 universities spend to hire replacement teachers, university officials said.

Still, their plan is getting support from Danny Homan, president of the largest state employee union, which typically supports Democratic candidates. Most members of the American Federation of State, County and Municipal Employees have been furloughed to balance the state budget. Homan called sabbaticals "paid vacation." "They are being paid to not do what they were hired to do, and that's teach in the classroom," he said. "It's time that practice ends. We don't have the money." …

Email ThisBlogThis!Share to TwitterShare to FacebookShare to Pinterest
Labels: miscellaneous, U of Iowa