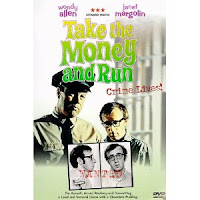 The Sacramento Bee carries an interesting article today about textbook costs and alternatives, including the “open-source” model. My sense is that textbook publishers nowadays see that technology will eventually overtake them and are operating in a take-the-money-and-run mode while they can.

When Elizabeth Walz ran for student government last year, she built her campaign around an issue she knew would resonate with her peers at UC Davis: the cost of textbooks. For days, she stood in the quad polling students on their textbook-buying habits. "A lot of the responses were, 'I don't even buy my textbooks – they're too expensive. I only buy the ones I absolutely need. I go to the library, I use the ones on reserve,'" Walz said. Like college tuition itself, the cost of textbooks has been soaring. From 1990 to 2009, textbook prices rose four times faster than inflation, according to the Student Public Interest Research Group. Today, the average college student spends $900 a year on textbooks.

Students can save some money buying used books or electronic versions, and many campus bookstores have started renting popular texts. But a new option is emerging: open-source textbooks that can be read for free online, or printed at relatively low cost. The main difference between open-source texts and traditional texts concerns copyrights. Traditional textbooks are copyrighted, so students must pay the publisher's price. Open-source texts have limited rights – they can be shared freely and, in some cases, altered by the people who use them.

…The Center for College Affordability and Productivity in Washington, D.C., recently listed the expansion of open-source books as a key way to cut college costs. The Student Public Interest Research Group says open-source materials could save students 80 percent of what they spend on textbooks and is encouraging professors nationwide to sign a pledge declaring their preference for open-source texts. More than 2,600 professors so far have signed…

The strategy of taking the money and running doesn't always work out as planned: