Zev Says No Pain/No Gain on I-405 Wilshire Construction 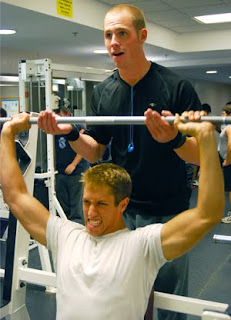 For those who bemoan the traffic problem created by the reconstruction of the Sunset Blvd. bridge over the 405, here is some news from LA County Supervisor Zev Yaroslavsky about what is going to happen to Wilshire:

Given the dismal state of Westside traffic, it’s been a long time since anybody was able to fly through the intersection of Wilshire Boulevard and the 405. But someday people will be able to fly over it.

Two new flyover ramps are part of an ambitious new phase of the 405 Sepulveda Pass improvements project that’s currently projected to begin as early as February.

The usual no-pain-no-gain equation applies, however, and each of the existing Wilshire ramps are expected to be closing for periods that could range from 14 days to three months so the work can take place. Detours and many other details of the construction still are being worked out.

The work promises to bring a new layer of temporary suffering to an area that already experiences some of the region’s worst traffic.

When completed, the new ramps, or loops, are expected to significantly improve the flow of traffic onto and off the freeway. Currently, vehicles trying to get off the freeway onto Wilshire must jockey with other vehicles entering the freeway. Under the new configuration, shown in the graphic below, the on ramps and off ramps would be completely separate.

The Wilshire flyover ramps have been the subject of previous speculation... The plans will be sketched out for the public, among many other matters, at the project’s quarterly community meeting on Thursday, Dec. 9, from 6 p.m. to 8 p.m. in the Mirman School auditorium.

An overview of the Wilshire improvements also was included in last month’s Community Advisory Committee briefing… and (which) will be repeated for anyone who’s interested at the end of the meeting on Thursday.

The Sepulveda Pass project will add a 10-mile northbound carpool lane to the 405 and rebuild three overpass bridges, along with other improvements. It is expected to be finished in 2013.