At tomorrow's meeting of the Regents' Health Services Committee, there will be a presentation by two Davis faculty members dealing with pandemic issues:

Executive Vice President Byington will introduce speakers whose work on research and interventions in today’s clinical settings will pave the way for expanding healthcare for current and future generations. First, Jonna Mazet, DVM, MPVM, PhD, a Professor of Epidemiology and Disease Ecology at the UC Davis School of Veterinary Medicine and Founding Executive Director of the UC Davis One Health Institute, will brief the Committee on her ongoing work with PREDICT – Pandemic Preparedness for Global Health Security. Second, Woutrina Smith, DVM, MPVM, PhD, Professor of Infectious Disease Epidemiology and Co-Director, UCGHI Planetary Health Center of Expertise, from UC Davis, will brief the Committee on preparing the global community to perform large-scale multidisciplinary health professional functions required for strengthening human biodefenses and for achieving global health security through the USAID One Health Workforce - Next Generation (OHW-NG) project.

Full information is at https://regents.universityofcalifornia.edu/regmeet/oct20/h4.pdf

As usual, we will post the audio of the session after downloading it (which can take time). However, there is a live stream tomorrow of the Zoom meeting at: https://regents.universityofcalifornia.edu/meetings/agendas/oct2020.html

The full committee meeting will start at 10 am with a closed session. So exactly when the presentation above will occur is unclear. You can check in from time to time. The session is item H4 on the agenda.

Posted by California Policy Issues at 7:35 AM No comments: 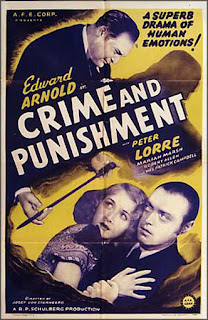 Editorial: The phrase “party till you drop” was never meant to be taken literally. Despite nearly all classes being online, UCLA students have either filled the few open spots in university housing or spilled into Westwood apartments. Students living in university housing are subject to UCLA’s regular COVID-19 testing and quarantine protocols. Everyone else – not so much.

Universities that began their academic years months before UCLA have already dealt with COVID-19 outbreaks — the University of North Carolina at Chapel Hill and the University of Southern California being two of many campuses facing the consequences of poor planning. As much as those universities don’t want to admit it, the outbreaks were closely related to off-campus parties and students flagrantly violating public health guidelines. A typical weekend night walk through Westwood shows UCLA won’t be any different.

It’s clear that the risk of COVID-19 alone won’t stop students from partying. Though, what can change students’ behavior is the risk of punishment. UCLA needs to set clear expectations for its students living off campus, and those expectations must force students to understand they can no longer put the Westwood community at risk by partying. The university already has guidelines for what it expects of students off-campus, but the specifics are a hot mess of administrative jargon. The guidelines themselves were hardly publicized — they were buried on page 10 of a PDF linked in an email sent by a university administrator.*

Punishments are layered in a set of jumbled sentences, and it’s hardly clear what the repercussions for violating guidelines actually are. All UCLA guaranteed was that “second-level” violations would result in a “referral to (the) Office of Student Conduct.”

If UCLA wants to get its students’ attention, it needs to take a strong stance against social distancing violations – and not just for those living on campus. Policies can be glossed over and ignored. Enforced academic holds, suspensions, rescinded scholarships and dismissals, however, cannot. It’s not unreasonable. Other colleges have implemented discipline structures to punish their willfully defiant students. Ohio State University, for example, suspended more than 200 students for holding or attending gatherings of more than 10 people.

At the end of the day, it would be virtually impossible for UCLA to find and punish every student who goes to a party. And it’s not necessarily UCLA’s fault that its students would still choose to violate universally accepted social distancing guidelines to party during a pandemic that has killed more than 216,000 people in the United States. College-aged students are not the only ones at risk in Westwood — professors, employees, residents and students with families are some of the others who would be at the receiving end of a COVID-19 outbreak in Westwood. All it takes is one death among the UCLA community to turn the school’s passive, hands-off approach into a fully preventable tragedy. And that risk is simply unacceptable.

Posted by California Policy Issues at 6:37 AM No comments:


Author, senior fellow at the Brookings Institution, and contributing editor to the Atlantic, Shadi Hamid, posted a UC document on Twitter yesterday entitled "Student Ethnicity Collection and Reporting at UC" that describes how race and ethnicity is to be recorded for university purposes.[1] The document is undated and the latest reference on it is 2014, so possibly there is a later version somewhere. It appears to have been developed in response to another document of the U.S. Dept. of Education that spells out rules for reporting.[2]

The UC document has some surprises. Under its standard, the individuals shown above would all be classified as "white" by UC. (The photos are all of individuals who live in the U.S. and were taken from various news sources.) Individuals of European origin - except those from Spain - are also "white." Persons from Spain fall into the Hispanic classification. It appears that Brazilians - who speak Portuguese - would also be reported as Hispanic, although it's not clear where persons from Portugal would be listed. You may find other anomalies.

It's unclear whether students who self-report are given the detailed classification. But keep it in mind when you see tables such as the one above from UCLA.

[2] "Changes to Race/Ethnicity Reporting to IPEDS," available at https://nces.ed.gov/ipeds/report-your-data/race-ethnicity-reporting-changes.

Posted by California Policy Issues at 8:58 AM No comments:

Calls to Action at Davis 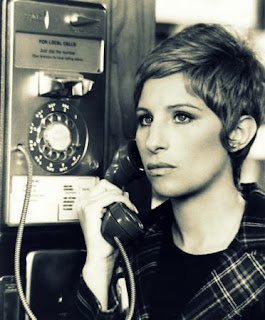 From the Davis Enterprise: A student petition has collected upwards of 2,000 signatures as UC Davis students and faculty push back against the university’s recent decision to eliminate its long-standing physical education program.

In the final week of September, campus officials announced the 100-plus-year-old program would be discontinued following the conclusion of the current fall quarter. Cited among reasons for its elimination were “steadily declining enrollment” figures and alternative fitness options offered through Davis’ Campus Recreation activities. In recent years, total enrollment in the program has ranged from 5,900-7,800 (close to 20 percent of the UCD undergraduate population) with nearly a quarter of students enrolled in multiple PE classes...

While enrollment figures do reflect a decrease over the last several years, PE lecturers have been quick to point out said trend is a result of the university offering less [sic] courses, not a decrease in their popularity...

UCD Director of News and Media Relations Melissa Blouin told The Enterprise the decision had been made “after considerable review by groups of faculty and staff over a period of multiple years.” But members of the Davis Faculty Association claim that’s not the case. According to DFA co-chair Jesse Drew: “It happened so fast, it caught a lot of us off-guard.” ...

Among several concerns [of] the DFA:

*Why there was not a larger degree of engagement with the campus community concerning the decision and its consequences, noting that Davis’ Academic Senate has formal authority in decisions of this nature." ...

This past Wednesday, Drew said the DFA had also learned of UCD’s notice of plans to suspend its popular teacher education program — a K-12 credentialing path offered through Davis’ School of Education. A separate petition that move has also amassed 2,000-plus signatures.  “This cannot happen unilaterally,” Drew said. There’s a set of procedures for wrapping up and (closing) down programs...

Posted by California Policy Issues at 9:30 AM No comments:

The Law of Spring 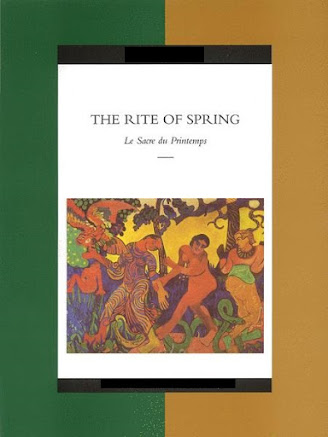 From the Bruin: The UCLA School of Law will likely operate mostly online through spring 2021, a school official said. The school will likely operate mostly online through its spring 2021 semester because of uncertainty surrounding the development of COVID-19 pandemic around Los Angeles County, said Jennifer Mnookin, the School of Law dean, in an email sent to law students.

The School of Law runs on a semester-based system, a fall semester beginning late August and a spring semester beginning in January. It also has a January term, during which it offers specialized courses that can be counted toward course credit for the spring semester. In the fall, the school offered mostly remote classes, except for limited in-person classes for live-client clinics and an on-campus interview week in January.

Mnookin said the school hopes to experiment with in-person classes under the guidelines and plan more socially distanced in-person activities for students but added that an expansion of in-person courses would require LA County to loosen its higher education guidelines...

Posted by California Policy Issues at 8:31 AM No comments:

Problems on the Path 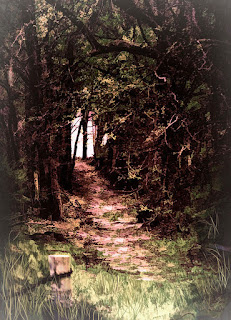 More than a year after the campus deployment of the payroll system UCPath, postdoctoral students and academic researchers continue to experience payroll errors, according to several members of the Union of Postdocs and Academic Researchers, or UAW Local 5810. Neal Sweeney, vice president of UAW Local 5810, said many people have been underpaid or paid weeks late. He added that some employees were unable to enroll in health benefits through UCPath when they started working and others have had their benefits canceled without warning.

“From a university side, this may seem like simple bureaucratic errors, but this has real substantial consequences for people who are not getting paid on time or receiving those necessary benefits,” said Ambika Kamath, a campus postdoctoral researcher and head steward at UAW Local 5810.

According to Sweeney, some UAW Local 5810 members are being underpaid by more than $10,000 at UC Berkeley on a monthly basis. For UAW workers, these late payments can mean falling behind on rent or being unable to fund basic needs. These effects are “scary and distressing,” especially during a pandemic that has led to an uncertain economic situation, where the lack of health benefits cause a lot of stress, anxiety and fear.

“Simultaneously with correcting mistakes that have been made up until this point with accurate and timely payment, whatever systemic fixes are needed to ensure this doesn’t happen in the future, UC should be taking those steps,” Kamath said.

...UC Office of the President spokesperson Stett Holbrook said many of the issues that arise with systemwide upgrades like UCPath can only be identified and addressed after the system is “live and operational.” According to the UCPath website, the last four deployments are scheduled for this year.

In Oct. 2019, California Gov. Gavin Newsom signed SB 698, which requires the UC system to have the same payroll protections as private employers in order to prioritize accurate and timely payment...

“UC did its best to process payroll promptly and accurately prior to SB 698’s passage and will continue to do so,” Holbrook said in an email. “We will continue to diligently apply lessons learned and best practices to quickly identify and resolve problems.”

Posted by California Policy Issues at 9:40 AM No comments: