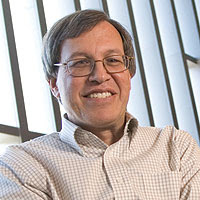 Invest in higher education: Over the years, the state's contribution to the University of California has not kept pace with its needs. The risk is letting a great system become a mediocre one. (Excerpts)

The proposals for the University of California now being considered in Sacramento — limiting tuition and fees, freezing executive and faculty salaries and increasing legislative control over the UCs — are well intentioned. But they are a recipe for ruining a great public university system. A public university has only three choices: It can be subsidized by the state, it can raise tuition and fees to make up needed revenue, or it can be mediocre. Without adequate revenue, faculties will shrink, meaning fewer and larger classes; the quality of faculty teaching and research will diminish; programs and facilities will be inadequate for education.

Historically, California has had the best public university and college system in the nation because of its willingness to use tax dollars to subsidize it and keep tuition and fees low. But over many years, the state's contribution to the University of California has not kept pace with its needs.

The regents of the University of California have had no choice but to make up the difference through tuition and fee increases. At the professional school level, this has meant tuition and fees comparable to private universities. For example, next year, the law schools at UC campuses will charge about $40,000 for in-state students and $50,000 for out-of-state students, rates comparable to those at law schools at private universities. This allows the law schools to be essentially self-supporting. The Anderson School of Business at UCLA has announced that it is seeking to "privatize" and thus no longer rely on state funds.

...At the undergraduate level, the University of California remains a relative bargain. This year, for example, it costs a California resident about $10,300 in tuition (though it is labeled "fees") to attend college at a UC school... Moreover, the UC system has increased financial aid as tuition and fees have risen. For example, the Blue and Gold Opportunity Plan pays all educational and student fees for students at UC campuses whose families earn less than $70,000 a year. Next year it will be extended to all families earning less than $80,000 a year and will cover two-thirds of families in California.

...One proposal being discussed is freezing or decreasing executive and faculty salaries. But this is no answer. If the University of California is going to retain and attract high-level faculty, it must pay the same as comparable schools across the country. Over the last few weeks, I have negotiated salaries with superb professors we are attempting to recruit who are currently teaching at Harvard, Northwestern and Yale. The University of California must match their current salaries or they will not come. As much as I love living in Southern California, I could not have afforded to leave Duke University if it meant taking a substantial pay cut.

Most university professors make relatively modest salaries. In professional schools, salaries are higher because that is what the national market dictates. Paying significantly less than other schools will mean that the best faculty will leave and those with other choices will not come. The quality of teaching and research will steadily decrease and the university will spiral downward, as it will then be ever harder to attract excellent students and faculty.

...I understand why students have protested the increases in UC fees and tuition, and why legislators are concerned. But the only alternative is for the state to increase its contribution to the University of California, something difficult to accomplish in light of California's budget problems. To limit tuition increases without increasing state funding, or to prevent the university from paying administrators and faculty at rates similar to comparable schools, would inevitably destroy a great university.

In advocating "what the national market dictates" for salaries at University of California professional schools, Erwin Chemerinsky cannot possible believe the assumption on which his advocacy is based: that people do their best work only when they are receiving whatever the market "dictates" at that time.

Indeed, as a strong advocate for pro bono legal services and other low-fee public assistance, he is thereby demonstrating that in fact he does not believe the quality of service "steadily decreases" when payment for this service approaches zero.

Chemerinsky's advocacy for market-rate faculty salaries allows him to feed off a Wall Street-type "bubble." He is thereby driving the public—and the real social value—out of this public university.

Pushing our nation's best public university system into a speculation-driven and crisis-prone "free market" is how to ruin the UCs—and public education itself.