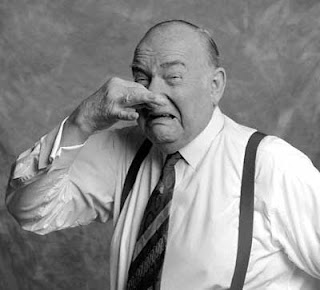 The California’s Capitol blog reported yesterday on the involvement of a UC regent in a bad deal for the state.

By way of background, the state has a major budget problem. No secret about that. It also has a major cash problem linked to its budgetary distress. One way that the state deals with these allied problems is to borrow. It can engage in short-term borrowing through revenue anticipation notes (borrowing within a fiscal year) and revenue anticipation warrants (which allow cross-year borrowing). However, under normal circumstances, longer-term borrowing is constrained by the state constitution. In essence, such borrowing requires a vote of the people and is only supposed to be for capital-type projects, not ongoing operating expenses.

You may recall that when Governor Schwarzenegger took office, he borrowed his way out of his predecessor’s legacy. But to do so, he had to put two constitutional propositions on the ballot in 2004 that allowed a one-time deviation from the normal constraints. Voters approved those propositions.

There are, however, backdoor ways of borrowing. One is to sell assets – which raises upfront cash just as selling a bond would – and then leasing them back (which creates an obligation to make a stream of future payments just as debt service on a bond would). If the state in fact needs the assets, at the end of the lease, it has a de facto balloon payment. It must either commit to a new lease or buy the old asset back (or purchase a new one). If all of this sounds like what would happen if the state sold office buildings used by state employees, that is just what is involved, although the actual transaction is more complicated. The state is in fact moving ahead on sales of state office buildings.

There is NOBODY RESPECTABLE who thinks the state’s plan to sell its office buildings is a good deal for the state - other than the governor and his minions. (The minions try to dress up the deal as desirable by ignoring the longer-term aspect of the transaction, essentially the balloon payment aspect described above.) The fact that the state has found investors buy state buildings suggests that it is a good deal for those investors. That immediately tells you why it is a bad deal for the state. Private investors cannot sell tax-favored municipal bonds. They have to borrow at commercial rates. So if the state has made the sale and lease terms attractive to private investors, it has de facto borrowed through them at interest rates well above what it would normally pay, even given its poor credit rating.

The Legislative Analyst, by the way, finds this transaction to be a bad deal. You can find its analysis at http://www.lao.ca.gov/reports/2010/infr/sale_leaseback/sale_leaseback_110910.pdf

Added to the unfortunate odor of the arrangement is the involvement of a regent and donor to the governor.

According to state records, one of the investors in California’s $2.3 billion sale of 11 state office buildings is a Newport Beach company founded and run, until 2008, by Hadi Makarechian, a contributor of more than $314,000 to Gov. Arnold Schwarzenegger since 2003 and nearly $175,000 to ballot measures backed by the GOP governor.

Makarechian, 62, a long-time real estate developer and investor, was appointed by the GOP governor as a University of California regent in 2008.

A representative of the company Makarechian founded, Capital Pacific Holdings, Inc., said, however, he knew nothing of the company’s investment in the sale of the state office buildings.

“We’re homebuilders,” sad Matt Kern. “I haven’t heard that we’re involved in any of that.”

In his biography as regent, Makarechian says he retired in 2008 as chief executive officer and chairman of Capital Pacific Holdings, Inc., which he founded in 1991.

Capital Pacific Holdings is listed as one of nine “additional equity investors” on documents sent to lawmakers by the state Department of General Services on October 11, notifying them of the Schwarzenegger administration’s decision on who to sell the buildings to a consortium calling itself California First, LLC.

“When we put the letter together for the Legislature we based it on the investors identified to us by California First during the process,” said Eric Lamoureux, a spokesman for the department.

Leading California First is Hines Interests, a Houston-based international real estate firm and ACRE LLC, a private equity firm headquartered in Irvine and New York with an office in Mumbai.

ACRE stands for Antarctica Capital Real Estate, a consortium of investors created to bid on the state buildings.

The entity is an offshoot of Antarctica Capital whose principal is Chandra Patel is an international private equity firm.

Also participating in ACRE is Rich Mayo, a long-time real estate broker and developer in the Low Angeles metropolitan area.

Michael Bustamante, a spokesman for California First, said he knew no details of the additional investors including Capital Pacific Holdings. In a November 5 letter to lawmakers, the Legislative Analyst was critical of the lack of detail about how the $2.3 billion bid was won by California First LLC.

“We find the paucity of information regarding this major state financial transaction to be troubling,’ said the 12-page letter.

Lamoureux said the state was following the same practices it uses in other real estate transactions – not divulging other bids to maintain the “integrity of the bid process” and ensuring the state maintains leverage if the selected bid falls through.

After settling on California First, the state has recently released information on other bidders.

Makarechian’s biography as a regent says he remains chairman of the board of Makar Properties and Banning Lewis Ranch Management Company.

Makar, short for Makarechian, is run by his son, Paul.

Makarechian the elder was a key fundraiser for GOP Presidential candidate Mitt Romney, hosting a $1 million fundraiser for the candidate at the St. Regis Monarch Beach Resort & Spa in Dana Point.

The luxury resort was developed by Makar.

One of Makarechian’s developments of large multi-million beachfront homes was the genus of the term, “McMansions.”

All three were rejected by voters.

Music to accompany the deal:

UPDATE: The odor continues to spread with other officials involved. See http://latimesblogs.latimes.com/lanow/2010/12/santa-ana-mayor-would-receive-500000-finders-fee-if-sale-of-state-buildings-goes-forward.html

So good topic really i like any post talking about STD symptoms pictures and more , you shall search in Google and Wikipedia about that .... thanks a gain ,,,