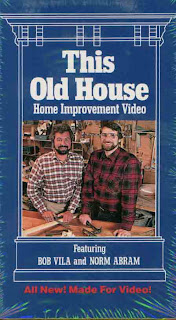 UC weighs what to do with abandoned president's mansion: Luxurious 13,200-square-foot Blake House near Berkeley has been deteriorating for years. Officials are considering alternatives to avoid $2 million for basic maintenance, $10 million for a full renovation (excerpts)

Blake House is a lonely, empty place these days.

The Mediterranean-style mansion near Berkeley that is intended to be the official residence of the University of California president has not been occupied since 2008.

Apart from three UC Berkeley social events this year, its grand entertainment rooms are chilly and silent, with most of its antique furniture now in storage. Its second-floor private suite, with stunning hilltop vistas of San Francisco Bay, badly needs refurbishment, and rat traps are placed throughout... UC leaders are trying to decide whether to make repairs at Blake House that are estimated at $2 million, let alone a more ambitious $10-million renovation proposal to bring the 84-year-old mansion up to date.

Its disuse has also been costly. Since he arrived from the University of Texas two years ago, UC President Mark G. Yudof has lived elsewhere, in two successive houses leased by the university. The current one rents for $11,500 a month. And if he'd lived at Blake House, the university would have avoided an unresolved dispute with Yudof's first landlord over $50,000 in alleged damage, followed by a $40,000 moving bill...

Under UC policy, its president and 10 campus chancellors must live in university-provided housing. The president's housing is covered by a privately funded endowment, not state funds, officials report.

The tradition of a ceremonial house for university presidents "has been handed down from the past," said Terry Hartle, a senior vice president at the American Council on Education. But at budget-stressed public universities across the country, such houses have become "a source of great controversy. Nobody, particularly the faculty, wants to see money spent on them and so many of the houses have been allowed to deteriorate," he said.

Given the budget cuts and Yudof's $591,000 base salary, UC presidents should pay for their own housing and entertain at campus alumni centers and faculty clubs, said Claudia Magana, president of the UC Student Assn. Labor leaders make similar arguments against what they consider lavish perks for UC executives.

Yudof said he sees benefits to entertaining alumni and political leaders at an official residence, but may ask the regents to review the policy of maintaining housing for the president and chancellors. He said there may be merit in turning official houses to other uses and giving executives stipends for off-campus residences...

Blake House was donated to UC in 1962 by the estate of Anson and Anita Blake, heirs to a quarry and paving business. Since then, five of seven UC presidents have lived there. David P. Gardner, in the 1980s, wanted more privacy for his family and used Blake House only for formal events...

(See earlier posts on this topic.)
Posted by California Policy Issues at 6:59 AM