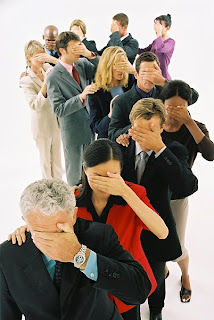 Professors Jim Chalfant of UC-Davis and Helen Henry of UC-Riverside served on the Post-Employment Benefits (PEB) Task Force and signed the dissenting report. The majority of the PEB endorsed options A and B which are “integrated” with Social Security. The dissenters found A unacceptable and B possibly acceptable if combined with a strategy to make total remuneration (salary + benefits) competitive.

Option C was added to the menu by the dissenters. It is a simpler and more generous pension than A or B, but adds to the employee contribution as a result. Dissenters found C to be acceptable, again with the qualification that a plan was needed to restore total remuneration to competitive levels.

The op ed highlights the seeming departure from competitive remuneration in the majority PEB position, which assumes that money can be saved by cutting benefits without offsetting adjustments in other elements of pay.

Three high-level UC administrators – Provost & EVP Lawrence Pitts, EVP of Business Operations Nathan Brostrom, and EVP and Chief Financial Officer Peter Taylor - wrote a response to the dissenting report. In turn, the dissenters annotated their response. The annotated version can be found at

Professors Chalfant and Henry sent an email to various individuals who had received the UNannotated version of the Pitts-Brostom-Taylor paper providing them with the annotated version and the op ed. In addition, the Chalfant-Henry email – reproduced below – provides additional explanation of the dissenting position and points to certain inaccuracies and potentially misleading statements in that paper.

Subject: In Support of an Integrated Plan Design: Annotated Version and an Opinion Piece

We have annotated this version to highlight areas in which there are differences of opinion regarding a common set of facts. We believe these differences arise, not from a lack of understanding of the features of the integrated plans by either us or PBT, but from a difference in emphasis.

In particular, to provide a brief summary,

1. PBT have accurately described the mechanics of Option B, but their claims about fairness and equity are not as easily supported.

2. Their claims that it is considered "appropriate" to replace 70 to 90 percent of pre-retirement income, in the form of pensions, are simply inaccurate. They are correct about how to achieve those levels of replacement, but such levels are not adequate, not competitive, and apparently not deemed sufficient by many UC employees.

3. UC faculty and staff seem to us to be saying that they prefer a better pension benefit, and they are willing to pay their share in employee contributions to achieve it.

Option A is not advocated in the latest PBT document, so comparing costs between Options A and C, to provide support for Option B, runs the risk of confusing many readers.

More important, these costs apparently ignore the best idea from the financing plan, which applies to all Options, borrowing from STIP to more rapidly reduce the unfunded liability. We are eager to see careful, accurate budget information along with advocacy, and we think that the campus administrators targeted by PBT, and by this email, would like to recommend options for a new-tier pension design that reflect reality. We are under no illusions that dealing with UC's unfunded liabilities will be anything but painful, but it is very important that the policy recommendations be discussed with a common understanding about the nature of the problem.

Hence, we hope you will find this material useful as a means to better understand the apparently growing preference for Option C among the faculty and staff of the University.

Also attached is an opinion piece which we are circulating among our colleagues and which presents our views more fully.

Please feel free to forward this email and the two attachments to the many others from campus administrations who received Nathan Brostrom's email from Friday afternoon. We did not have the full set of emails from Nathan's distribution list, but would very much like to reach each person on that list, particularly those in the areas of Budget and Human Resources.

Note: I have obtained permission to make all of these documents available.

And finally, a recording of the UCOP Administrators Tabernacle Choir has surfaced atop Mt. Oakland: