What Happens to Recruitment and Retention of UC Faculty When the Privates Discover They Ain't Poor? 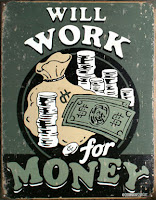 When the stock market fell and rich higher ed institutions such as Harvard looked at the absolute value of their loss, they froze in panic and cut budgets. But yours truly predicted that the day would come when the Harvards and Stanfords of the world would realize that they are still rich with what remains. (Their losses would be proud endowments for many institutions!)

That realization is beginning to settle in - as the excerpt below from the Boston Globe indicates. Harvard is making various adaptations to increase its liquidity. It has suspended certain additions to its physical plant. Now what happens when Harvard et al enter the academic job market and compete for top faculty?

Harvard University more than tripled its holdings in cash and US Treasuries, to $1 billion, by the end of fiscal year 2010, following sharp investment losses during the financial crisis that left the nation’s richest institution temporarily cash-strapped.

Harvard, in its annual report for the 2009-2010 year, ending June 30, said it made “significant progress’’ reshaping the university’s pool of operating funds “to be more readily available, and less susceptible to illiquidity and market fluctuations.’’ Harvard said it started to put the money in safer, shorter-term investments, starting in fiscal year 2008 and will stick with that strategy over the next year.

The university’s top financial officials said in the report that Harvard had made progress in responding to changed economic circumstances. “Nonetheless, we must continue to be vigilant in managing our finances in order to ensure that Harvard can fulfill its mission even with the continued uncertainty that surrounds us,’’ they wrote.

With an annual operating budget of $3.7 billion — trimmed by 1 percent, or $32.5 million, from the previous year — Harvard said it expects to further add to its cash holdings in 2011, according to the report...

Read the full article at http://www.boston.com/business/articles/2010/10/20/harvard_says_cash_holdings_climb_to_1b/

And consider the outlook if UC cuts retirement benefits and neglects total remuneration.
Posted by California Policy Issues at 8:26 AM