PEB Options vs. CalPERS New Hire Plan? UC vs. CSU? What's in It for Me? 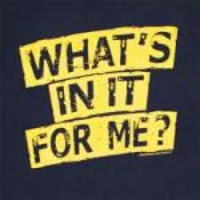 The governor made pension reform part of the proposed budget deal. Some state unions negotiated two-tier plans with bigger contributions by employees. Under two-tier, new hires get a lower pension; incumbent workers stay in the old plan. However, the big missing piece was the contract with SEIU Local 1000 which has now been negotiated. (The deal has to be ratified by members and approved by the legislature.) The workers involved are under CalPERS and as the deal spreads across other state workers under CalPERS, it might cover CSU. But in the state budget proposal, CSU gets an even more generous deal than SEIU.

In essence, the SEIU deal has an age factor of 2.418 at age 63. (If you retired at age 63 with 30 years of service, you would get 30 x 2.418% = 72.54% of your final salary.) That would seem to dominate options A and B proposed for UC by the majority of the Post-Employment Retirement Benefits (PEB) Task Force. The minority dissent to PEB proposes an Option C which has an age factor of 2.5 at age 65 (2.22 at age 63). So SEIU is better at age 63 but a bit worse at 65. Options A and B are "integrated" with Social Security which means a low age factor up to a salary index linked to Social Security and a higher factor above, but capped at 2.5. As the dissenting report notes, A is quite stingy. B is better than A. C is better than B on the benefit side. And SEIU-CalPERS seems most like Option C.

Note: In the state budget proposal (see the earlier post), CSU is listed as getting an age factor of 2.5% at age 55 for new hires!! That may refer only to peace officers employed by CSU; the table is ambiguous.

Almost all discussion to date within UC has revolved around comparisons of A, B, and C with our current UCRS pension plan. It would now be appropriate to make comparisons with what is likely to apply to CalPERS and CSU. If President Yudof picks A or B or some variant of those two options, he is likely to be offering new hires a plan below what CSU will be offering. Moreover, the PEB report suggests that incumbent UC workers be offered the option of going into the lower tier plan - whatever it turns out to be - for future service. So it isn't just new hires for whom the comparison with CalPERS is relevant.

When either UC new hires or incumbent employees ask "What's in it for me?", shouldn't they be able to compare the offering with CSU's offering? Or with the typical new hire at CalPERS? Just asking.