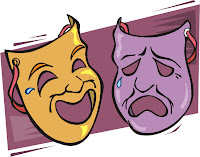 The Sacramento Bee reports good news/bad news on the UC budget. Although the article doesn't say so, part of the funding for UC (and CSU) for this fiscal year is coming from federal stimulus monies which disappear next year.

A wave of mass student protests, a new lobbying strategy by university leaders, and the governor's desire to leave a positive legacy in education during his final year in office led to a remarkable turnaround for California's public colleges in the budget he signed earlier this month.

In a state budget full of funding cuts – to social services, child care, prisons and state worker benefits – higher education was one of the few areas of government to receive more money this year than last. State funding for California State University went up by more than 11 percent over last year, while state funding for the University of California went up by more than 12 percent.

Compare that to the prior year, when both university systems saw state funding slashed by 20 percent. They responded by eliminating classes, reducing the number of students they served and jacking up tuition – prompting protests throughout the state and a new focus on advocacy.

The two university systems and the community colleges banded together in their lobbying efforts this year, creating what many people described as a more effective message. Campus and student leaders worked together to persuade lawmakers that investing in higher education would help California's economic recovery – and that continued cuts would ruin one of the state's strongest assets.

It was "in those thoughtful meetings, where very powerful arguments were made" that Gov. Arnold Schwarzenegger decided he should increase funding for higher education, said Bonnie Reiss, the governor's secretary of education.

So now that universities are receiving more money from the state, what can students expect?

The good news: At UC and CSU, it should be easier to get classes because universities will use some of the new money to expand course offerings. And many community college students who couldn't transfer to CSU last year because of the budget cuts will be able to get in this spring when California State campuses admit 30,000 new students.

The bad news: Tuition will probably continue to rise.

That's because even though universities fared well in this year's budget, they're still getting less money from the state than they did a few years ago and are looking for ways to fill the gap.

...UC's governing Board of Regents is likely to vote on next year's fee levels in November or January.

Given the bleak predictions for next year's state budget, it's unlikely universities will hold the line on fees, said Steve Boilard, director of higher education for the Legislative Analyst's Office.

"I would be shocked if there was not a fee increase," he said. "If I had to guess, I'd put it in the range of roughly 10 percent for each segment again."