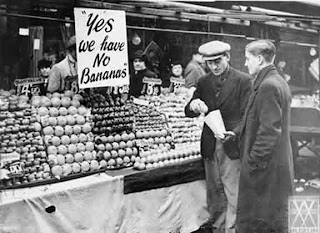 UC and UCLA have boasted of the degree to which their undergrads are transfer students from community colleges. Such transfers reduce tuition costs to students and increase undergrad capacity at UC. However, due to budget cuts, community colleges are effectively rationing entry - not to their campuses, but to courses needed to transfer. See the LA Times article below:

Community college class wait lists throw a wrench into students' plans: Enrollment in California's colleges has surged, but budget cuts leave many students unable to get the courses they need, meaning it'll take them longer to earn a degree and join the workforce (excerpt)

Kiyan Noyes-Aponte landed on the wait list for every class he wanted at Orange Coast College. The 18-year-old graduate of Mission Viejo High School pleaded with professors for a spot, diligently attended lectures and sat on floors in overcrowded classrooms hoping other students would drop out. Despite his efforts, he managed to enroll in only two classes at the Costa Mesa campus, enough for part-time status. And he was luckier than many.

Students registering at California community colleges this fall are facing unprecedented hurdles, as campuses have slashed classes in response to budget cuts. At the same time, enrollment has surged, fueled by the largest high school graduating class in the state's history, older workers returning to school for job training and more students being unable to get into the state's four-year universities.

Unlike the University of California and California State University, the state's 112 community colleges — the largest such network in the nation — are expected to enroll all comers. But officials say thousands of students are effectively being turned away because they can't get classes. Others like Noyes-Aponte, who'd hoped to attend full time, are having to settle for part-time enrollment or are taking courses at several campuses to cobble together the 12 units needed for full-time status.

Educators say they are concerned that many students may have to stay in college years longer to obtain their degrees or will drop out and not return...