The Creeping Michigan Model at UCLA 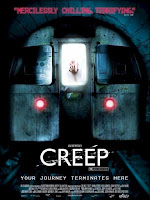 Part of the so-called Michigan Model, sometimes called high tuition/high aid, involves recruitment of out-of-state students who pay full tuition. The article below indicates it is coming slowly to UCLA.

Word-of-mouth drew Meng Cui to UCLA, its basketball legends and reputation of high-level education. Raised in China, schooled in Singapore, the first-year math economics student did all of his own research before applying last fall.

But the university is no longer banking on reputation alone to motivate distant students like Cui to apply.

In an unprecedented effort to drive up the percentages of nonresident students – international freshmen, transfers and out-of-state freshmen – a recruiting campaign is underway.

For the first time, formal events are being held for prospective students in countries such as South Korea, Japan, China and Singapore.

UCLA is also joining forces with Stanford University and the California Institute of Technology for a 10-city recruiting tour within the U.S., said Tom Lifka, associate vice chancellor of student affairs.

The recruitment presentations, in cities from Seattle to Chicago to Honolulu, have pulled in crowds of prospective students and parents as large as 6,000. Then the larger group breaks down into a smaller focus group for each school. Stanford and Caltech had already partnered together and wanted to add a California public institution to the mix...