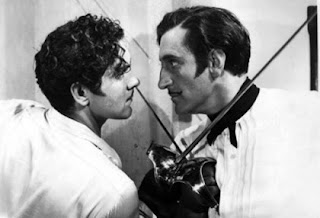 When the Post-Employment Benefits (PEB) Task Force finished its deliberations, it published a majority and minority report. See earlier postings. UCOP responded to the dissenting report with a rebuttal. The dissenters replied to that response. In turn, UCOP responded to that response. Depending on when you looked at the UCOP webpage on PEB, you may not have seen the full back and forth. So here is the menu as of today:

The full report of August 30 is at http://universityofcalifornia.edu/sites/ucrpfuture/files/2010/08/peb_finalreport_082710.pdf

The minority dissenting report of August 30 is http://universityofcalifornia.edu/sites/ucrpfuture/uncategorized/files/2010/08/peb_dissenting_082510.pdf

The UCOP response to the dissent of Sept. 14 is at http://universityofcalifornia.edu/sites/ucrpfuture/files/2010/09/peb_dissenting_response_0910.pdf

The dissenters' response (Prof. Robert Anderson's response) to the Sept. 14 response of Sept. 30 is at http://universityofcalifornia.edu/sites/ucrpfuture/files/2010/08/critique-response-anderson-ucrp_100110.pdf

The UCOP response to Prof. Anderson's response of Oct. 1 is at http://universityofcalifornia.edu/sites/ucrpfuture/files/2010/08/critique-response-pitts-brostrom-ucrp_100110.pdf

On the table are three options for new hires and - assuming certain legal issues are overcome - a choice for incumbent employees to switch future accruals into whatever plan is created for new hires. The PEB majority proposed options A and B. The dissenters proposed adding a less complicated but more expensive (in total, i.e., employer+employee contribution) option C. The dissenters also insisted that whether B or C is chosen, there needs to be a concrete plan to bring total remuneration up to competition levels.

Part of the issue here is that the state has so far not resumed assuming some liability for the UC pension. Language from the legislature stating that there was no such liability has been removed. But no dollars have been appropriated as a result. Obviously, given the shaky state of California's budget, immediate extra dollars are not likely. There is also the issue of what may happen in January when a new governor takes office. If UC does not have some type of plan in place, it could be swept into some statewide reform, possibly through a ballot measure. And there is no guarantee that even with a plan, UC might be swept into some statewide measure - although there would be better odds of avoiding that outcome.
Posted by California Policy Issues at 1:13 PM

Thanks for this update Dan. Doesn't the state's deal with SEIU to reduce pensions in their contract lessen the likelihood of a ballot initiative solution?

Tobie: Those political forces that have been pushing the public pension issue characterize the deal with SEIU as a good first step. They want more in the way of concessions and tilt toward defined contribution plans for new hires. --Dan