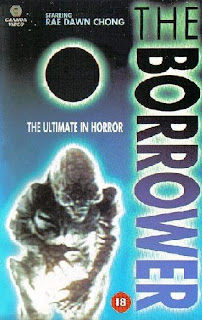 The state has so far managed to avoid handing out registered warrants (IOUs) instead of making payments in cash. As you will recall, a year ago there were such IOUs issued. Part of the way the state has conserved cash is by not having a budget, so that certain payments could not be legally made. And part has been by deferring payments to various entities at other levels of government that it normally would make. Those entities then have to borrow as best they can or use up reserves to operate.

Among the programs to which the state has deferred payments is Cal Grants, the program that provides subsidy to low-income students. UC and CSU have in effect fronted the money so low-income students could continue to attend. As you can see from the news excerpt below, the state will continue deferring such funds, in effect borrowing from UC and CSU. (My understanding is that community colleges have not advanced the funds to their Cal Grants students.)

State Controller John Chiang hasn't said whether the state can successfully avoid formal IOUs with passage of a budget today, but the package includes a bill that would help the state conserve enough cash over the next month. The legislation, Senate Bill 864 or Assembly Bill 1624, would authorize fiscal officials to defer $5.5 billion in payments to K-12 schools, community colleges, the California State Teachers' Retirement System and Cal Grants for CSU and UC students. The deferrals are intended as a bridge solution until the state successfully completes its regular short-term cash borrowing from Wall Street. That typically takes three to five weeks.