Prop 26 and Its Potential Effect on UC 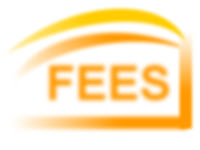 Proposition 26 on the November ballot would require a 2/3 vote in the legislature for state imposition of various "fees." It applies a similar restriction to local fees. A 2/3 vote of the electorate would apply to such fees at the local level. At the moment, there is a distinction made between a "tax" (which is subject to a 2/3 vote) and a fee.

During budget crises, governments in California have tended to raise fees, which escape the 2/3 requirement, since tax raising is more difficult. Essentially, Prop 26 tightens up the definition of fee, putting more of them under the 2/3 requirement.

UC's tuition would be untouched by this measure. The Regents could raise tuition as they have in the past. However, the state budget - which also provides UC funding - would potentially be affected since fee raising would be more difficult at the state level. In addition, the state has found various ways during budget crises of "raiding" local government revenues. The locals then may turn to fees for an offset. Again, that path would be more difficult - increasing the resistance to state raids.

A nice explanation of Prop 26 can be found at http://publicceo.com/index.php/local-governments/151-local-governments-publicceo-exclusive/2219-proposition-26-new-supermajority-voter-approvals-for-revenues

Prop 26 and fees were also discussed at a recent Rave: