Chop, Chop: The Budget With the Governor's Line-Item Vetoes (Including a UC Pension-Related Veto) 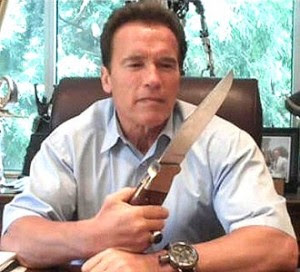 The previous post on this blog gave the LAO's description of the newly-passed state budget. It provided reserve at the end of the current fiscal year that I described as within the range of white noise. The governor has now exercised his line-item vetoes, raising the reserve projected for June 30, 2011 to $1.3 with roughly a billion dollars in vetoes.

So for the current year, revenue and transfers remain as in the previous post at $94.2 billion. But expenditures drop by a billion to $86.5 billion, leading to an operating surplus of $7.7 billion.

The governor's budget document is at http://www.ebudget.ca.gov/pdf/Enacted/BudgetSummary/FullBudgetSummary.pdf

UPDATE: The LAO has an analysis of the budget including the vetoes at http://www.lao.ca.gov/reports/2010/bud/major_features/major_features_101210.pdf

There is an important point to be made here. You will note that the inflow of funds is reported as "revenue and TRANSFERS." Such transfers include taking money out of funds outside the general fund, often with payback obligations. So transfers can include loans. Loans are not revenue in any meaningful sense but they are treated as revenue effectively. That means that the operating surplus is overstated.

In the world of private-sector accounting, people went to prison for treating borrowing as revenue at Enron. There are GASB regulations that oversee public-sector accounting, but the legislature is a sovereign body and can do its bookkeeping any way it wants. GASB affects only presentations used when bonds are sold. Moreover, California is not alone in this practice. As far as I can tell, it affects (infects?) public accounting around the country.

The LAO made cautionary references to one-time solutions, etc., in its preliminary report. It normally produces a budget outlook document in November and there are likely to be more pointed statements there.

There is one line-item veto that refers to the UC pension system which I reproduce below. I suspect the item vetoed was put in place to force the University to respond to pension options proposed by AFSCME or other groups.

In any case, cheer up - things could be worse.