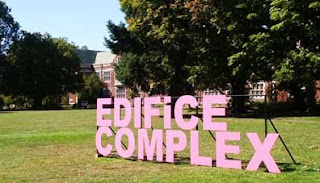 The LA Times today carries a story suggesting that not all major gifts in higher ed need to go to building new structures. Aid to students – which for UC and UCLA becomes more crucial as the sticker price of tuition rises – is an alternative. Any lessons for UCLA fundraising? Read on!

Couple donates $110 million for USC undergraduate scholarships: John Mork, a USC alumnus and trustee who made a fortune in the oil industry, says the gift will 'allow the very best kids to get a degree at USC, whether they can afford it or not.'

Buried in the article: ...“John Mork grew up in Encino and, after graduating from USC in 1970, followed his father into the oil and gas exploration industry. He and his wife founded the business that became the Energy Corp. of America. Julie Mork, a UCLA graduate, helps run the firm's charitable foundation, which focuses on helping youth, and she is active in education groups.”

…The Mork donation is USC's largest for undergraduate scholarships. The biggest in the nation was $400 million from media magnate John W. Kluge to his alma mater, Columbia University, in 2007, according to Rae Goldsmith, a vice president at the Washington, D.C.-based Council for Advancement and Support of Education. Donations for new university buildings and endowed faculty chairs are more common, she said, but gifts for financial aid have risen since the recession began three years ago.

If reading the material above reminds you of the current controversy at UCLA surrounding the proposed hotel/conference center to replace the Faculty Center, that's the point. It's time to focus on human capital, not physical capital. Capital projects may seem to provide immortality. But nothing lasts forever, even hotels: