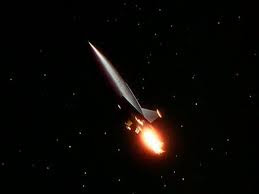 As students across the state continue protesting cuts to higher education, state senators on the Budget and Fiscal Review Committee convened this past week for a depressing look at the devastation an "all-cuts" budget could unleash on California's public education system. The damage for higher education, as outlined in recommendations from the non-partisan Legislative Analyst's Office, would approach $3 billion, including about $800 million slashed from community colleges and $1 billion dollars each from the California State University and University of California systems

…In the UC system, which might have to impose an 18.3-percent fee increases for students, things could also get ugly, said Patrick Lenz, vice president for budget at the University of California.

Lenz told the committee the $500 million reduction for UCs amounts to a 22.5-percent drop from 2007-2008 levels - equal to 1998 funding levels, when the university served 73,000 fewer students. Attrition, layoffs, academic and administrative program eliminations, efficiency and austerity measures are already maxed, he said. But Lenz added that UC would continue to search for creative ways to fill part of a $2.5 billion budget gap caused by the reduction in state funding.

If the state can't help close the remaining gap of about $1 billion, Lenz said, the next step is the 18.3-percent increase in student fees. "Our only other option - and one we don't think is very palatable at this time - is to downsize the university," Lenz said. "And we're not prepared to do that. We see what the economic needs are for California, we think we can be that engine that helps with the state's fiscal stability, and we think students deserve the opportunity to come to the university and get a degree."

In short, we may be in for a wild ride:


Update: A somewhat harsher sentiment is expressed in an op ed by Chancellor Block:
http://www.latimes.com/news/opinion/commentary/la-oe-block-uc-20110417,0,1984529.story
Posted by California Policy Issues at 11:50 AM