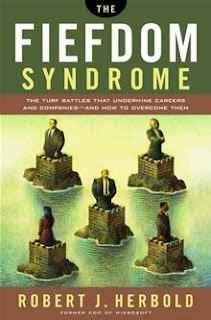 We all know about the body parts scandal at UCLA. Then there was the scrambled eggs/fertility scandal at UC-Irvine. Now comes word that a former UC-Davis official will be sentenced in June for embezzlement and related offenses. In that case, the head of the Campus Violence Prevention Program for 16 years began to receive attention when a newspaper reported that she had apparently submitted false numbers on campus violence to the feds.

That investigation turned up further info that she had a problem with travel reimbursement and had to pay back some money to the university. One would think alarm bells would have been sounding - but apparently not. However, eventually she was arrested after more newspaper reporting and last week pleaded no contest to various charges. You can read this sad tale at http://daviswiki.org/Jennifer_Beeman_%28CVPP%29 (with various links) and at http://www.calwatchdog.com/2011/04/20/uc-davis-fraud-sentencing/.

The tales above deal with outright corruption. But they spotlight a more general problem on UC campuses of managerial control. A typical campus has a lot of bureaucracy at the lower levels, worrying about $20 reimbursements. But as you go up in the administrative hierarchy, the bureaucracy gets very thin. Ultimately, every major unit reports to a chancellor and an EVC. Unfortunately, there is a limit to what two top officials - particularly on larger campuses - can monitor effectively.

So what can develop in the levels below the top two officials is empire building and quasi-autonomous fiefdoms. When things go awry below, top management is insulated until a major problem or controversy arises. While the problem can be corruption as above, it is much more often just poor decision making that can waste scarce funding and/or embarrass the campus.

It probably was the case from the Master Plan era until the 1990s that the managerial system - despite its inherent deficiencies - worked well enough; the state was generally expanding rapidly and there was enough funding around to deal with inefficiencies in control. That era, however, is gone - but the old system remains.

If you have read this far, you might be thinking about the current controversy over the proposed hotel/conference center at UCLA. And, indeed, that is a good example to think about. But it won't be the last unless changes are made.
Posted by California Policy Issues at 8:21 AM