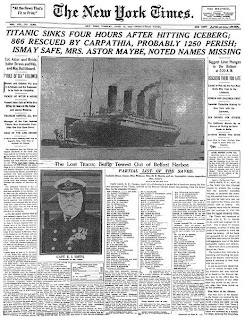 Prof. Dora Costa of Economics has sent yours truly an interesting list of FAQs (Frequently Asked Questions) about the proposed hotel/conference center slated to replace the Faculty Center. They are reproduced below.

Actually, they are not just FAQs. They are FAQsTHNGAAIASYWHSPAATPFOA6 = Frequently Asked Questions That Have No Good Answers Although I Am Sure You Will Hear Some Purported Answers At The Public Forum On April 6th.

Why is a luxury hotel a UCLA priority?

The whole UC system is facing budget shortfalls. Faculty and staff positions have been cut, employee benefits have been cut, class sizes have increased, and tuition has been rising. It is becoming harder to hire and to retain faculty and to attract the best students. Although a luxury hotel might appear to be useful, it is far removed from our core academic and teaching mission. If we cannot retain a first class faculty and students a four-star hotel is of little consequence. The quality of a university depends on its faculty. You can provide shiny new buildings but it is the people in them who are important.

When resources are scarce, we need to focus them on what we do best: research and teaching. We should be investing in people and in the libraries, laboratories, and classrooms needed to discover new galaxies, cure cancer, solve social problems, and train future generations. USC recently received a large gift. It chose to focus its new endowment gift on improving its College of Arts and Sciences. UCLA is allocating money to a new hotel.

Will the hotel make money for UCLA?

The most likely scenario is that the hotel loses money. There is no risk analysis providing worst-case, intermediate-case, and best-case scenarios in either the financial feasibility power point or in the consultant’s report. The demand analysis is deeply flawed. For example, it ignores that people won’t buy if the price is too high. The PFK (consultant) report assumes that the hotel will become the hotel of choice for any visitors to UCLA. But why pay $250 a night when you can put a visitor at the Guest House ($143 a night), Tiverton House, or at a local hotel for a lot less? Why pick UCLA as a conference site when you can find a cheaper site in another part of the country?

What is demand at the hotel rates?

The PFK report assumes a 70% occupancy rate. This is not conservative. They surveyed other university hotels and conference centers and found occupancy rates that ranged from a low of 45 to 50 percent to a high of 80 to 85 percent and that average daily room rates ranged from a low of $100 to $110 to high of $160 to $170. The proposed RCC would therefore by in the high range of occupancy and in a completely different price tier. There is no evidence in the report of demand at such a rate.

The PKF report assumes that the hotel will be used by non-UCLA customers. But UCLA cannot have these customers without incurring tax penalties and the administration plans to use the hotel only for broadly-defined UCLA affiliates who currently stay at local hotels. Of course, this adds to the financial risk. PKF asked local hotels about UCLA code share rooms from comparable hotels. These were only 7,795 in 2008. This suggests there is not much demand for high priced venues.

How did PKF estimate demand?

PKF presents three different estimates of demand. Based on a survey of department CAOs, PKF comes up 23,946 rooms (presumably spread over cheaper options such as the Guest House and Tiverton) and they add another 6700 for 24 nights of sold out events such as big basket ball games. This yields 30, 646 rooms. They estimate total demand could be 32,000 to 36,000 rooms – an occupancy rate of 35%. But to get a 70% occupancy rate we would need to sell 72,051 room nights.

PKF estimates that we could get up to 70,000 rooms if all West LA hotels divided up the entire hotel market, both academic and non-academic, between themselves. Unfortunately this assumes that we accommodate visitors with little relationship to UCLA. UCLA is developing a policy restricting use of a proposed residential conference center exclusively to university-related businesses serving the campus mission of teaching, research and public service. The PKF estimate of 70,000 is thus over-stated.

Will the $10 million gift to subsidize hotel rooms increase demand?

How will the hotel be financed?

The financial feasibility power point presentation gives one spreadsheet for the hotel and one spreadsheet for parking. It is estimated that $103 million in bonds needs to be raised to build the hotel. For parking, the plan is to raise $12.4 million in bonds and to borrow $4.5 million from Housing and Hospitality reserves to compensate Parking Services for space in Lot A lost to construction.

What is the financial risk?

You can get a sense of the financial risk by tweaking the spreadsheet on page 23 in the financial feasibility PowerPoint. Suppose that in year 4 when occupancy rates are supposed to be 70% revenues are 2% lower, expenses are 2% higher, and cost over-runs in building are 7%. The hotel loses $1.3 million. In the worst case scenario assume cost-over runs comparable to what Ronald Reagan UCLA Hospital experienced (39%). The extra debt service from cost over-runs alone would be $3.3 million.

How will any financial losses be absorbed?

UCLA says yes. The PKF report assumes that there will be corporate operator. A flag operator has access to a global reservation system and a rewards program. A flag operator also has a brand name.

What is the model for the proposed hotel?

The PKF report states that the model is the commercially operated University of Texas, Austin facility. This facility faces onto a commercial area and is within walking distance of a lot of places a visitor would want to go. An analogous UCLA hotel would be located at the extreme south end of our campus or in Westwood. As stated in the PKF report, the location of the proposed hotel on the UCLA campus presents some competitive disadvantages.

Will the hotel affect parking?

It will become harder to find a spot in Lot 2. The PKF report states that the typical parking space requirement for conference centers falls in the range of 1.0 to 1.3 spaces per guest room. Given the loss of the Murphy Hall parking lot, this suggests that we need 680 parking spaces not the proposed 248.

Has the process been transparent?

No. The financial feasibility PowerPoint and the PKF report were made available only after a petition with 75 signatories was submitted to the Academic Senate. The Faculty Center membership was informed via email of the proposed demolition of its building in August 2010. The 2008 letter from the Faculty Center (available on the Academic Senate web page) indicates support for a conference center, not a hotel. Enthusiasm for a conference center does not indicate enthusiasm for a luxury hotel. Conference center needs and hotel accommodations are separate and can be met in many ways. Further study is needed. There are conference facilities throughout north and south campus. UCLA is building a new facility for summer conferences in the northwest of campus which will include a restaurant seating 750, a ballroom, and "sleeping rooms" for guests. Before building more facilities, it would be useful to determine how the existing facilities are used, if they make a profit, and if not, why not. We also need to consider whether a new facility would meet any video-conferencing needs.

Why is UCLA so eager to build a hotel?

It is easy for a leader to point to new buildings as his legacy. We need to move to a new mind-set in which leaders can proudly say, “In tough budget times, I recruited and retained excellent faculty and students.”