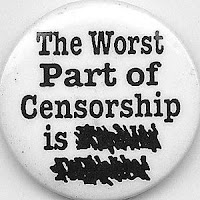 An earlier post on this blog noted the controversy over demands for a faculty member’s emails at the University of Wisconsin. Insider Higher Ed today features a story on a court ruling protecting free speech rights of faculty at public universities. An interesting side note is that earlier court rulings that seemed to limit such speech rights stemmed from a U.S. Supreme Court decision related to a situation at the LA District Attorney’s office. Excerpt:

Free to Speak Out

A controversial professor suing his university in North Carolina won a key ruling Wednesday from a federal appeals court -- and the decision could eventually benefit faculty members at all public institutions. The U.S. Court of Appeals for the Fourth Circuit ruled that the 2006 Supreme Court decision in Garcetti v. Ceballos -- which limited the free speech rights of some public employees -- does not apply to faculty members of public colleges and universities.

"Applying Garcetti to the academic work of a public university faculty member under the facts of this case could place beyond the reach of First Amendment protection many forms of public speech or service a professor engaged in during his employment. That would not appear to be what Garcetti intended, nor is it consistent with our long-standing recognition that no individual loses his ability to speak as a private citizen by virtue of public employment," said the decision…