Part III: UCOP & Regents - Have You Talked With the Governor (Yet)? Where Are You? 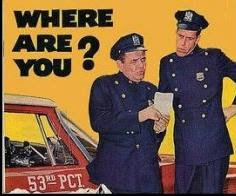 Below is a press release from Governor Brown's office issued yesterday. It explicitly mentions CalPERS and CalSTRS. Less clear is what other state plans - including UC's plan - would be included. One of the headings say that it applies to state and local plans. The release has definite items and some items that are under consideration. I have put in large italics some of the latter items that could pose problems for UC - depending on the precise details.

Note that a pension cap is mentioned, but there is no reference to the precise $106,000 figure that earlier press reports said the governor had approved in negotiations with Republicans (before those negotiations aborted). The hybrid option would combine a cap with a defined contribution plan above the cap. A ban on future public employment of pensioners could affect recalls for teaching and research at UC if applied to our plan. Yours truly will request the details from the email address specified in the release. But since this plan is actually a work in progress, what is specified now may change. It is important that UC have input before the plan solidifies.

In addition, Brown listed five other specific pension reforms that he is developing. These include a pension benefit cap, limits on post-retirement public employment, hybrid defined contribution/benefit options, an action plan to address CalSTRS unfunded liability, and a measure to change and improve the board governance of CalPERS and CalSTRS.

All 12 of these pension reform measures were presented and discussed in detail with Republican legislators. Talks broke down, however, over other issues.

Brown intends to introduce these pension reforms with or without Republican support.

Information on all twelve pension reforms is available below.

APPLIES TO STATE AND LOCAL GOVERNMENTS
MARCH 2011
1. Eliminate Purchase of Airtime. Would eliminate the opportunity, for all current and future employee members of all state and local retirement systems, to purchase additional retirement service credit. (RN 14777) (Note Walters, SB 522, would eliminate Air Time)

2. Prohibit Pension Holidays. All California public agencies would be prohibited from suspending employer and/or employee contributions necessary to fund the normal cost of pension benefits. (RN 14777)

3. Prohibit Employers from Making Employee Pension Contributions. All California public agencies would be prohibited from making employee contributions that fund the normal cost of employee retirement benefits in whole or in part. (RN 14777)

4. Prohibit Retroactive Pension Increases. All California public agencies would be prohibited from granting any retroactive pension benefit increases, such as benefit formula improvements that credit prior service. (RN 14777)

7. Felony Convictions. Prohibits payment of pension benefits to those who commits a felony related to their employment. (RN 14777) (*Note Strickland, SB 115, similar prohibition)

UPDATE: Reactions to the governor's pension proposals can be found at http://blogs.sacbee.com/the_state_worker/2011/04/from-the-notebook-reponses-to.html
Posted by California Policy Issues at 7:10 AM