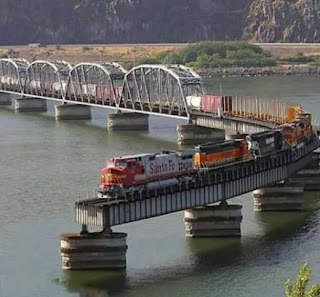 As readers of this blog will know, a public forum on the proposed hotel/conference center to replace the current Faculty Center structure is scheduled for April 6 (7 pm, Faculty Center). This forum was shaping up to be an unpleasant confrontation. However, it appears that the train has been halted before unfortunate consequences ensued.

The Council on Planning and Budget's (CPB's) negative evaluation of the project described in an earlier post - combined with other communications from faculty and senate committees - seems now to have led to a re-evaluation by the administration. After the CPB report was received by the senate, senate chair Ann Karagozian indicated in a letter of April 1 to the chancellor that the CPB's position was now the senate's official position:

"As you know, per Senate bylaws, CPB “specifically reviews and formally articulates a Senate view regarding the campus budget and each major campus space-use and building project at each project's proposal, planning, and building stages” (http://www.senate.ucla.edu/FormsDocs/bylaws/ch4-4-3.htm#b65_3). As such, CPB’s opinion in the attached document constitutes the Senate’s official view on this proposed project at this time." Her full letter is at http://www.senate.ucla.edu/documents/04-01-11KaragoziantoAdministration_re.CPBEvaluationRCCwithReport.pdf

In response to the CPB evaluation and the Karagozian letter, Vice Chancellor for Finance, Budget, and Capital Programs Steve Olsen wrote a lengthy letter commenting on the CPB's evaluation. You can read his comments at http://www.senate.ucla.edu/documents/04-04-11OlsentoKaragozian_re.CPBAnalysisofResidentialConferenceCenterProject.pdf. VC Olsen indicates that a review of the entire project will be undertaken in light of the criticisms received. In addition, the Olsen letter contains the following pledge at the end of the second paragraph:

"While this review is being conducted we will put on hold our current work in bringing forward for environmental review and Regental approval the proposed 282-bed project on the Faculty Center site."

Undoubtedly, there will be questions from the floor at the April 6th meeting aimed at clarifying the time frame for the review, the consultation process that it will incorporate, and other related matters.

UPDATE: The LA Business Journal carries a brief story about this matter on its blog http://www.labusinessjournal.com/news/2011/apr/04/ucla-conference-center-hold/