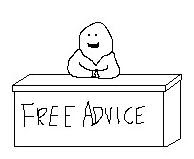 The LA Times ran the editorial below today. It starts out well enough. But the LAT editorial committee apparently believes that UC should be managed as wisely as a bankrupt newspaper when it gets to conclusions:

Highly esteemed worldwide, the University of California is among the state's most valuable assets, but it is in danger of being sharply devalued as its budget undergoes continual cuts and uncertainty. UC President Mark Yudof hopes to bring some stability to the university by using whatever budget he is granted this year as the starting point for a five-year deal with state government, with assured funding levels for the next several years. If this sounds familiar — and unlikely to happen — you're probably thinking back to 2004 and the famous "compact" between UC and Gov. Arnold Schwarzenegger. After a budget that required steep fee increases for UC students, Schwarzenegger pledged reliable increases over the coming years so that families could plan ahead. The compact never made UC whole, and it fell apart in 2008...

We… disagree with Yudof's plan to raise faculty salaries next year; a one-year freeze seems reasonable at such a dire time…

Hate to be nasty LAT, but before you prescribe solutions to everyone else's problems, how about a little humility in your inability to solve your own problem? Note that your problem, not solved, is now several years old:

Question: Has the LAT been improved by the kind of staff instability it has experienced since this video was made? If not, why would UC benefit from similar faculty instability?

UC is the most expensive public university in the usa. And President Yudof wants to make it more expensive by increasing the costs to UC by faculty pay, merit salary increases.