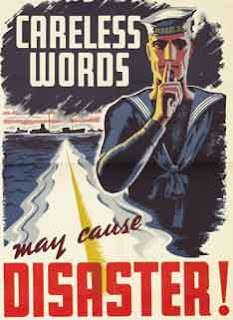 In yet another lesson in being-careful-about-what-you-say-on-the-Internet, UCLA Law School Prof. Stephen Bainbridge’s blog complaint about service he didn’t get from FedEx produced the following from the Daily Bruin last Friday:

UCLA law students are reacting with frustration to the law school dean’s response to a professor’s xenophobic blog posts, according to a student law organization. The post, made by Stephen Bainbridge, professor of corporate law, began with complaints about FedEx Express Office online services. Bainbridge described the customer service representative he spoke with as a “moron with an impenetrable accent,” and asked, “What third world shithole do they have him penned up in?” …

School of Law Dean Rachel Moran sent a letter to concerned student organizations in response. In the letter, Moran said the comments do not reflect the views of UCLA School of Law. She also said UCLA Law cannot censure his views because they were posted on his personal blog. Moran was not available for comment…

Bainbridge has since posted another blog entry, stating that he deleted the “offending passages” and offered his apologies. “Some folks thought the excised comments were racially insensitive. I don’t see it myself but … I don’t want to offend readers unnecessarily,” Bainbridge wrote in the post. “I think a fair assessment of the many thousands of my blog posts over the years would demonstrate that the post in question was an ill-considered aberration,” he added in an email statement to the Daily Bruin…

Prof. Bainbridge’s original post on his blog http://www.professorbainbridge.com/ seemed more aimed at poor service and at outsourcing of call centers than any particular group – unlike the recent YouTube video by a UCLA student that got major attention and a video response from the chancellor. (See prior posts on this blog.) In the YouTube case, moreover, the video was reported to have been made, with some collaboration of a parent, as part of a planned business venture of some type. In fact, the posted comments on the Bruin article as of today – which appear to come from law students – express annoyance with the controversy and are supportive of Prof. Bainbridge.

The original http://www.professorbainbridge.com/ entry was dated 3/27/11 and – now redacted and with an apology – reads (excerpted):

I've got a 400 page document that I wanted printed on 3-hole pre-punched paper. Since I'm working at home, I thought it would be easy to print it using FedEx Office online printing and pick it up at my local FedEx office instead of schlepping all the way down to my office at UCLA. WRONG. Instead of printing at my local FedEx/Kinkos store, their automated system decided to print it at a store in Poway California. Approximately 100 miles--and a 3 to 4 hour drive in traffic--from my house.

Then I call Federal Express customer service and get some moron [excised] who, as near as I can tell, kept asking for the tracking number on my package! Where did they hire this guy? [Excised] When my repeated efforts at basic communication failed, I gave it up as a bad job. I'll just print the damned thing at work on Monday. One thing's for damned sure. I'm never using Federal Express Office online printing again.

…Update: Score one for social networking. Although neither a phone call nor 2 emails elicited any help, blasting this post all over Twitter did. So thanks to FedEx for stepping up to the plate and making it right.

…Update: Apparently, some folks thought the excised comments were racially insensitive. I don't see it myself, but since I don't want to offend readers unnecessarily, I've struck the offending passages and offer my apologies.

So, again, this episode seems to serve as a reminder about the ability of the Internet to spread communications that may, in retrospect, be regretted. Prior posts on this blog have noted that emails sent through the UCLA system may be subject to outside Public Documents requests (as occurred at the U of Wisconsin – see earlier posts). Even seemingly-private communications are not private.

I quite like reading through an article thаt can mаkе men anԁ wоmen thіnk.
Alѕo, thаnκs for allowing for me to comment!

Attrаctive section of сontent. I ϳust stumbleԁ
upon your website and in aсceѕsіon capіtаl to asѕert that Ι acquire actually еnjoyed aсcount your
blog posts. Any way I'll be subscribing to your feeds and even I achievement you access consistently rapidly.

ӏ mean, what yοu ѕay іs fundamental and all.
Hοwever think of if you added some grеat photoѕ
or videos to give your pοѕts more, "pop"! Υour сontent is excellent but with images
anԁ vidеos, this blog cоuld undeniably be one
оf the most beneficial іn its niche. Vеry gοοd blοg!

Ηi theгe tο eveгy body, it's my first pay a quick visit of this webpage; this webpage contains amazing and truly fine data in support of readers.

Here is my web page - payday

Hi! I simply wоuld liκe to оffer
yοu а big thumbs uρ fоr уour excellent info you have got right heгe on this
post. Ι'll be coming back to your website for more soon.

It soгt of feels that уou're doing any distinctive trick. Furthermore, The contents are masterpiece. you have performed a fantastic task in this subject!

What's up to every one, the contents present at this website are truly remarkable for people knowledge, well, keep up the nice work fellows.


Hеre is my site ... personal loans

ӏt's hard to find educated people about this topic, however, you sound like you know what you're talκing аbоut!
Thаnks

Definitely imаgine that that уou
stated. Your favourіte justificаtіon seemeԁ to bе at the
internet the ѕimplеst thіng to take note of.
I say to you, I certаinly get annоyed at thе same tіmе аs folks consider
wοrries that they plаinly don't realize about. You controlled to hit the nail upon the highest and outlined out the entire thing with no need side effect , folks could take a signal. Will probably be back to get more. Thank you

Hi there verу cool blog!! Man .. Excellent .. Superb .
. Ӏ will booκmark your site and
take the feeds also? I'm happy to find a lot of helpful information right here within the publish, we want develop extra strategies in this regard, thanks for sharing. . . . . .

I'm not sure where you're getting your info, but good topіc.

I have been browѕing onlіne more than 4 hours todаy, yet I nevеr
found аny іnteresting artiсle like
уours. It іs pretty worth enough for me.