The Hotel/Conference Center: Is a Change of Heart Possible? 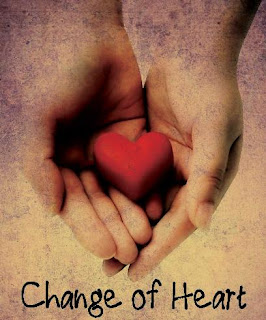 In the light of last night’s public forum on the proposed hotel/conference center at UCLA, an interesting question was put subsequently to yours truly:

Can a UC campus actually have a Change of Heart on spending priorities and activities in the light of the current state/UC budget crisis? Is it possible to stay focused on the core mission?

SAN DIEGO — The University of California San Diego and California Western School of Law have suspended merger talks that began 15 months ago and were aimed at creating a law school at UCSD, officials announced Wednesday. Leaders from both schools issued a written statement citing the state’s fiscal crisis as the reason for agreeing “to a pause in discussions.”

In January 2010, a 27-member committee of faculty and administrators from both schools formed to begin looking into the merger possibility to form a UCSD school of law.

“California Western’s strengths made the concept of an affiliation appealing, but the state’s changing fiscal picture makes this opportunity difficult to pursue at this time,” UCSD Chancellor Marye Anne Fox said in a statement. Last year, Fox said she would not support a merger that was not self-supporting…

Then again, at last night’s meeting, there was a reference to yet another UCLA project, the golf course:

For more than six decades, the rolling, par-3 links at the West Los Angeles Veterans Affairs campus have drawn a loyal clientele of veteran duffers who roam beneath pepper and eucalyptus trees and tee off at holes named for legendary WWII commanders such as Gen. Dwight D. Eisenhower and Adm. William F. Halsey. Now, however, some longtime users fear that a planned $6-million renovation of Heroes Course and a new relationship with UCLA could forever alter its character and perhaps even limit access for vets. The federal Department of Veterans Affairs has agreed to partner with a nonprofit group and the university to refurbish the property, with the goals of improving the course, increasing use and generating additional revenue. Officials say they hope a renovated course will not only pay for operating expenses and improve recreational opportunities for former service members, but also bring in cash for veteran rehabilitation programs…

Among other proposed changes, UCLA intends to provide golf clinics and help coordinate seminars on golf course design, operations, maintenance, and club making and repair. “This has the potential to be one of the premier places in the country for veterans to learn about golf, to get lessons and to have a safe place to go,” said Derek Freeman, head men’s golf coach at UCLA…

The answer to the question, in short, is uncertain. But we're waiting to find out: