An Opportunity to Go Beyond Meet and Greet 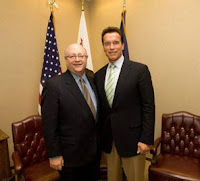 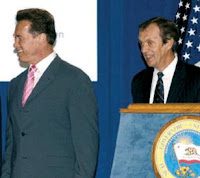 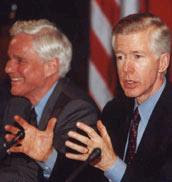 Yesterday, this blog noted that President Yudof "hoped" to meet with Governor Brown. Today's news is that a meeting will occur this morning. From Capital Alert:

Of course, there have been previous meetings of UC presidents with governors, as the photos above show. (Respectively, Yudof-Schwarzenegger, Dynes-Schwarzenegger, Atkinson-Davis.) It's no secret that Gov. Brown does not have spare change for UC and the meeting could thus turn out to be no more than a "meet and greet" with no substance.

The state could help, however, by making a pension contribution to UC - not in cash, which it doesn't have - but via an IOU. This was done under Gov. Deukmejian, for example, when the state was also in a cash crunch. It is worth listening to what former Gov. Deukmejian said about UC a few years ago:

Jerry, are you listening?